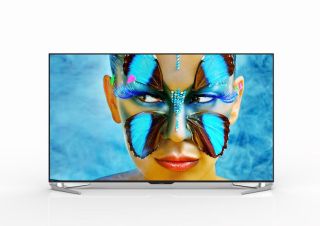 Sharp is expected to apply for its second bailout in three years from its two main lenders. The Japanese manufacturer is looking to raise some 200bn Yen (£1.1bn), with most of it coming from a debt-equity exchange.

Shares in Sharp have fallen by as much as ten per cent after facing increasingly stiff competition from the likes of Apple, Samsung and cheaper Chinese manufacturers.

Reports of Sharp’s loss for the year ending March were initially forecast at 30bn Yen, but the Nikkei Business Daily estimates it to be 100bn Yen, while the Kyodo News Agency says it’s somewhere nearer the 200bn Yen mark.

Philips has announced that the M2L, its first pair of headphones to feature Lightning connector technology, and the F1, labelled as “the ultimate Fidelio travel headphones,” will go on sale at the end of March.

The M2Ls benefit from built-in 24-bit digital-to-analogue conversion and amplification. They will be available from Amazon for £230.

Meanwhile, the Fidelio F1s feature a slim and lightweight build, while packing in 40mm neodymium drivers. They're set to go on sale for £150.

In the week where Nvidia unveiled its new Android TV powered Shield gaming console, Pluto TV announced a new channel for it, which provides 4K content.

Although the footage is more demonstration material, designed to show off the benefits of 4K, rather than films or TV shows, it marks another way for consumers to access Ultra High Definition.

Apple and HBO to form partnership?

It’s reported that Apple is in talks with American TV network HBO to add a whole roster of shows, including Game of Thrones, to its Apple TV content service.

HBO’s new streaming channel, HBO Now, is expected to launch in April in the US and it’s rumoured that Apple TV will be one of its launch partners.

The channel would be made accessible through the Apple TV set-top box, although a monthly subscription charge would apply. Will we get it in the UK? Let's hope so.