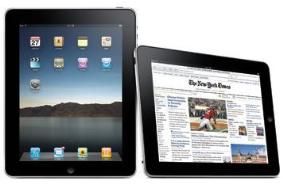 During the first day, iPad users downloaded more than one million apps and 250,000 ebooks from the iBookstore too.

This works out to more than three apps and almost one book per iPad owner.

Speaking about the launch, Steve Jobs said: "It feels great to have the iPad launched into the world – it's going to be a game changer."

• In a separate development, Apple has announced it will give the world a preview of its forthcoming iPhone OS 4.0 operating system on Thursday.

The event is to be held at Apple's Infinite Loop campus in Cupertino, California, where attendees will get a look at "the future of the iPhone OS".