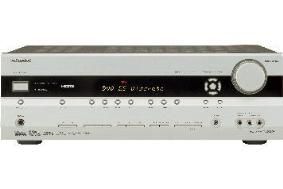 Panasonic has today confirmed that it too is aware of the problem and is working on a fix.

"Panasonic Japan knows that there's a problem and is working with Onkyo Japan on a counter measure," says a spokeswoman for Panasonic UK.

A recent firmware upgrade on Panasonic's 2009 Viera G10, V10 and Z1 TVs was not related to this issue – it was a picture quality upgrade, says Panasonic.

We'll let you know the minute we have more information.

Onkyo says it's aware of HDMI handshake issues between its TX-SR606 and TX-SR607 AV receivers and Panasonic's 2009 range of Viera TVs, and is investigating the problem.

The issue came to light on our Forums, when a poster who had bought a Panasonic TX-P42V10 plasma tried to connect it up to his existing Onkyo TX-SR606 receiver and Panasonic DMP-BD30 Blu-ray player.

When he tried to play his first Blu-ray disc at 1080p/24fps, the Panasonic 'V10 failed to synch with the receiver and Blu-ray player, and the TV displayed a blank screen. If the video signal is sent as 1080i, he says, it works fine.

The owner contacted Sevenoaks, from whom he bought the Blu-ray player and receiver, and says both the retailer and Onkyo were quick to respond to the problem. "I have been very impressed that they've wasted no time in verifying there is an issue," he says.

A spokesman for Onkyo UK says: "Onkyo is aware of the issue and is investigating."