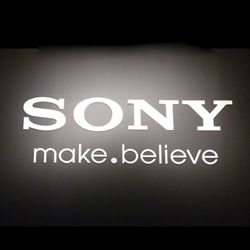 New Sony CEO Kazuo Hirai has this morning confirmed – as expected – that the firm will shed 10,000 jobs worldwide as part of a major reorganisation.

The cuts, which represent 6% of the global workforce, will be made over the next 12 months.

But it denies it's pulling out of the TV business, saying TV is "part of Sony's DNA."

For more on Sony's plans, see our blog on Sony's TV strategy.

Sony has doubled the estimate of its annual losses for the financial year to March 31st 2012.

This will be the fourth year of losses for the consumer electronics giant. The company blames tax expenses related to its business in the US for the latest shortfall.

Further details will emerge when new CEO Kazuo Hirai announces details of his restructuring plan on Thursday, which is likely to include 10,000 job losses.

Sony is expected to cut 10,000 jobs – around 6% of its global workforce – as part of a restructuring plan under new chief executive Kazuo Hirai, to be announced on Thursday.

The consumer electronics giant has refused to comment on the report in Japan's Nikkei newspaper. But Hirai, who took over from Sir Howard Stringer as CEO this month, has an uphill battle to return Sony to profitability.

Like most of the major Japanese and European TV manufacturers, Sony is struggling with mounting losses at its TV division. A strong Yen and fierce competition from Korean rivals LG and Samsung haven't helped.

The Nikkei says half of the latest round of job cuts would come from consolidating the firm's chemicals and small and midsize LCD operations.

The rest of the reductions are expected to come from Sony’s loss-making television division, which is undergoing an overhaul that will be crucial to restoring the company’s profitability. Sony estimates that it suffered an overall net loss of Y220bn ($2.7bn) in the financial year that ended on March 31st.

In November, Sony halved its medium-term sales target for LCD TVs, from 40 million to 20 million units, as we reported in our blog after a visit to the company's Tokyo HQ.