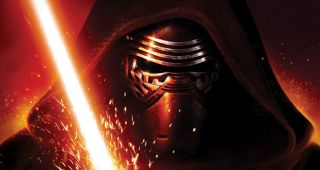 Star Wars: The Force Awakens will take over every IMAX cinema in North America and most of its screens around the world for the first four weeks of its release.

The Hollywood Reporter revealed the news, while also pointing out that director JJ Abrams, an IMAX fan, has reportedly filmed a sequence with IMAX cameras to make the most of the super-size screens.

It's the first time in four years such a deal has been made, with the three Hobbit films the last to be featured in such a way.

There are more than 837 IMAX cinemas across 57 countries, according to the IMAX website, so that's plenty of opportunity to see Star Wars on a monster screen (72-foot x 53-foot is the IMAX standard).

Of course, if you really want to push the boat out, you could install your own IMAX private cinema...

MORE: 15 of the best hi-fi and home cinema systems in film

In other, slightly stranger, The Force Awakens news, an 18-hour, YouTube unboxing extravaganza has been revealed, which will feature popular YouTubers showing off the new Star Wars toys - toys which will no doubt be big business this Christmas.

Leslie Ferraro, president, Disney consumer products, said: "Over the course of 18 hours, some of Maker Studios’ [a popular YouTube network] biggest stars will each be unboxing a new toy from the Star Wars: The Force Awakens product line in a different city around the world and sharing the experience live on YouTube."

Friday 3rd September - #ForceFriday - is when the unboxing action is set to get under way.