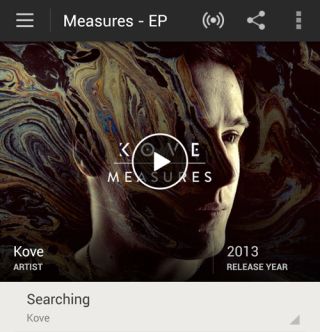 Spotify has confirmed the launch of a free Spotify Mobile app for Android and iOS tablets, allowing you to access the music streaming app for free, without a subscription.

Currently, Spotify Mobile is only available to Spotify Premium subscribers that pay £9.99 per month. On desktop and laptop there is a Free ad-supported option and an Unlimited option at £4.99.

Spotify has now confirmed the launch of a free, ad-supported app for Apple and Android tablets.

However, a Spotify spokesman has confirmed to whathifi.com that users wishing to use Spotify on products such as Sonos, Samsung TVs, the Now TV Box and compatible AV receivers, will still need to subscribe to the Premium service.

The Spotify app is also on products including the Now TV Box, Denon AV receivers and Bang & Olufsen TVs.

Spotify has also recently announed Spotify Connect, which embeds the music streaming service inside compatible products, with your phone or tablet merely acting as a remote control rather than the source. Yamaha and Pioneer have confirmed Spotify Connect devices.