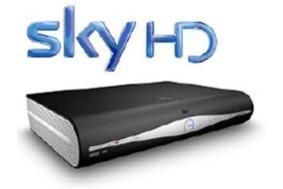 "The EPG relaunch is just the first phase of a really good push on HD," a Sky spokesperson confirmed. "There's a lot of changes coming".

And, as we'll come to shortly, that 'push' could possibly include price-cuts, and will certainly involve a technical update to streamline HD content. But first the ITV HD situation.

As we reported, the new channel launches exclusively on Freesat this Saturday. However, Sky has confirmed it's in discussions about ITV HD being available via Sky HD service, and that it's "very hopeful" of a positive outcome to those talks.

Part of those negotiations surround how Sky HD would host ITV HD as a standalone channel - not the 'via the red button' option that will first be available to Freesat HD users. Regional variations in ITV's programming and advertising are an issue here, it seems.

Despite Sky's optimism, ITV HD is unlikely to be one of the new HD channels it unveils in around four weeks time. We'll bring you news of those announcements as soon as they're made.

We'll also update you on any Sky HD pricing changes. When we suggested possible price cuts - to the box or the £10/month HD fee - Sky didn't rule either out as part of its 2008 plans.

Definitely in the plans, meanwhile, is a move to a different, more efficient CODEC for Sky's HD content, meaning users will be able to fit more high-definition programmes onto their box, without - Sky claims - a loss of quality.

Again, we'll bring you a date for this technical tweak as soon as possible.

As well as watching this space for news updates, look out for more pictures of the new Sky HD EPG - and our initial feedback on its usability, based on some hands-on experience - next week.