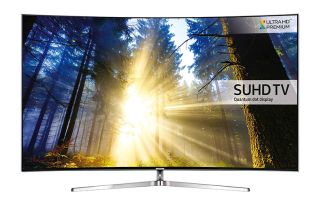 "Quantum dot" screen technology will be a new TV tech term for many people but an eye-catching 10-year warranty from Samsung may help change that.

The technology works by adding a layer of nano crystals in front of an LED screen's backlight in an effort to improve the colours and brightness - and it looks like Samsung is focusing on Quantum dot technology over OLED for its 2016 TVs.

Now the range of Samsung SUHD 2016 TVs will be subject to a ten-year warranty for screen burn-in. This means if any area of the screen becomes permanently discoloured, leaving a permanent imprint on the screen, Samsung will repair or replace it.

While screen burn-in isn't as much of an issue as it once was, due to changes in technology and in-built features like "pixel shifting", Samsung seems to be looking to reassure its customers that the company's new products are built to last - and momentarily grab some attention from LG's OLED TV range in the process...

MORE: What is Ultra HD TV? Everything you need to know