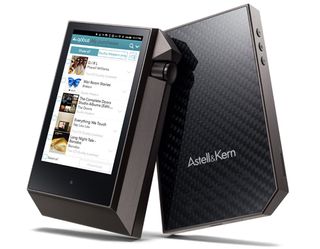 A few months have passed since we heard that the A&K by Qobuz app was in the pipeline, but it's now available to users of the AK100 Mk II, the AK120 Mk II and the AK240 in nine countries, including the UK and Ireland.

With this app, you can use your portable player to browse through Qobuz's catalogue of HD tracks, listen to extracts in "high-definition" and order them to your device, and download purchases direct to your device using wi-fi.

It removes the need to download your music to your PC and then transfer onto the portable player, and is described by Henry Park, CEO of A&K's parent company iriver, as "truly the best high-res music ecosystem".

Qobuz is regarded as the first CD-quality streaming service and rivals competitors such as Spotify with its ability to offer higher-quality music files. It also has more than 24,000 "Qobuz Studio Masters" - albums available in high-res (24-bit up to 192kHz). The company is currently seeking extra funding to put itself on a firmer financial footing.