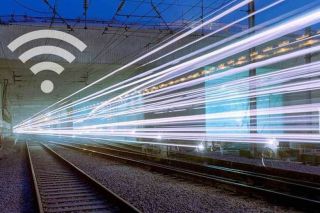 And we start this latest round-up with a freebie that'll surely come as welcome relief to any regular train travellers – and that is the promise of free wi-fi from 2017.

It seems that any operators bidding for new operating franchises will have to include how they'll provide free wi-fi as part of their bid.

Good news if you want to fire up your Netflix account, perhaps?

SES has announced that a new Ultra HD demonstration TV channel has gone live in the UK and Ireland. If you want to get technical, it's being broadcast using the DVB UHD-1 Phase 1 signalling specs and encoded in the HEVC Main 10 standard.

Don't get too excited about the content, but head over to the website to find out more.

EE has committed a further £1.5bn worth of investment to expanding its 4G mobile broadband network – part of what the operator has called its Signalling the Future manifesto.

Amplifier Technologies Inc. (ATI) has announced a new partnership with Auro Technologies that will see the release of Theta Digital-, ATI- and B&K-branded preamps and processors able to support the Auro-3D format.

2.5 million subscribers for Rhapsody and Napster

Rhapsody and Napster have broken through the 2.5 million barrier for global paid subscribers, with the streaming service hailing the milestone as it "continues one of the fastest periods of growth in company history".

Annual subscriber numbers increased by more than 60 per cent, fuelled by the company's wide range of partnerships with wireless providers and car manufacturers, as well as its new internet radio products.

Planar Systems has announced the launch of a new app for iOS devices that aims to "simplify" the process of watching multi-source content on the company's UltraRes Series of 4K LCD screens.

An Android version is set for release later in 2015, with the app offering "free streamlined access to robust UltraRes MediaPlex functionality on its Planar UltraRes Series line of commercial Ultra HD displays".

MORE: Read all our Planar reviews and news

Rdio's US concert partnership with AEG

Rdio has announced that it has joined forces with AXS – an AEG joint venture – in a partnership that'll let US gig goers hear their favourite songs any time, any place and on a variety of devices before the concert starts.

AXS.com ticket buyers will automatically become eligible for a free trial subscription to the music streaming service, which will open up on-demand access to Rdio's 32 million-strong library and curated radio stations.

Kyocera has become the latest addition to the hugely competitive European smartphone market, with the Japanese company revealing Torque – an "ultra-rugged" 4G device that is certified with the US Military Standard.

Among the features that make it a seriously tough cookie, Torque sports a 4.5in HD display and a Smart Sonic Receiver that turns sounds into vibrations, as well as dual front-facing speakers.