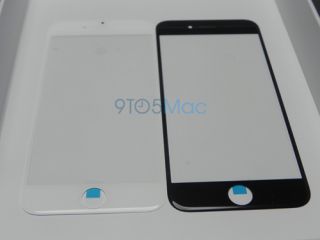 Images of the physical screen of the upcoming Apple iPhone 6 have appeared online courtesy of the usually reliable tipster, Sonny Dickson.

The pictures – given to 9to5mac – show white and black versions of the new handset, as well as comparison shots of the iPhone 6 against the iPhone 5.

From the snaps, it's apparent that there's a considerable size difference and therefore suggests that rumours of a larger screen are likely to be true.

One small difference is a new hole that appears on the left of the ear piece at the top of the device. It could be the hole for a relocated FaceTime camera or something else – such as a proximity sensor.

Another thing to notice from these pictures is that the edges of the screen are slightly curved, adding some weight to rumours of curved screens for the iPhone 6.

We're currently anticipating a September 19th general release date for the iPhone 6, so we only have a few months to wait and see which rumours prove to be true.