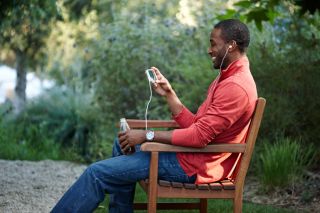 But it now seems as if the online video streaming service is thinking of new ways that you can make use of your account while on the go, with the addition of new two- to five-minute clips to its library.

According to Gigaom, the plans were made known by Netflix design manager Dantley Davis during an event at the company's HQ last week – and its increasing number of mobile users are the target.

It's thought that such content will be individual scenes from TV programmes, short clips from films and extracts from comedy stand-up – all of which can be sourced from Netflix's existing catalogue.

Netflix is said to be testing short-form content on mobiles already, and it could become a feature once its mobile apps are relaunched over the coming months should the reception be a warm one.

With the screen sizes on the latest flagship smartphones becoming larger, Netflix is expecting more and more people to use its services via their device – even if the trusty TV remains king right now.