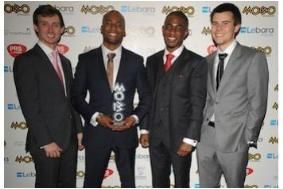 And the completion of their second album, Out'n'In, which is now available on the Naim Label, was made possible by another win – the Musician's Benevolent Fund's Peter Whittingham Award, which is designed to support up and coming jazz performers.

Described by their label as 'British post-bop pin-up boys', the band – Tom Farmer (bass), Shaney Forbes (drums), Nathaniel Facey (alto sax) and Lewis Wright (vibraphone) – will be playing in London on November 16th as part of the London Jazz Festival.