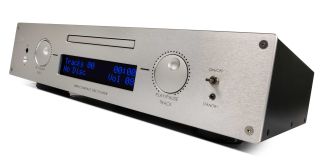 Mitchell & Johnson has announced it is closing for business with immediate effect. The British hi-fi brand, which has been in the amplifier and CD player market since its launch in 2012, says it has been unable to reach sufficient global distribution fast enough and recoup its investment in UK manufacturing in this challenging pre-Brexit era.

The company has released the following statement:

“It is with great sadness that we announce the decision, which follows our significant investment transitioning from Far Eastern to British manufacturing, at a time of unprecedented decline in consumer confidence and spending, due to ongoing Brexit uncertainty.

“We have worked tirelessly to establish ourselves in the global marketplace since launching in 2012 and have been incredibly proud to offer fellow music aficionados the myriad benefits of British designed and engineered products, following our commitment to UK manufacturing in late 2018.

“Tragically, we have been unable to reach sufficient global distribution fast enough to recoup our considerable investment in UK production and sustain our overheads. We would like to take this opportunity to thank our customers for being with us over the past few years.”

In the event of any future warranty or repair issues, Mitchell & Johnson product owners should seek advice from their supplying dealer.