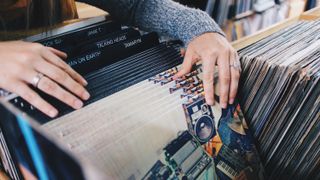 Break out your crimpers and Transformers collection, records have outsold CDs in the US for the first time since the 1980s.

Despite physical media sales dropping by 23 percent in the first half of 2020, compared to the previous year, vinyl continues to buck the trend with a rise in sales of 2.3 percent. That may not sound like much but, compared to the drop in CDs by 43.2 percent, and in the face of the pandemic, that's a positive bonanza for the groovy plastic disc.

According to RIAA, total music sales (digital and physical) still managed a climb of 7 percent overall in the face of the closure of music retail outlets, music venues and the cancellation of festivals and other music-based gatherings all over the world. That's a slight slow down compared to 2019's 9 percent growth but certainly nothing dramatic.