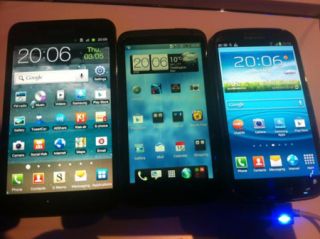 Making phone calls is now the fifth most popular use for smartphones, trailing behing web browsing and listening to music, according to a report by mobile operator O2.

The average user makes just 12 minutes of calls a day, compared to 25 minutes browsing the web.

O2's report, picked up by The Next Web, surveyed 2000 users and found we spend on average 2 hours a day on our smartphones (though we's imagine plenty of you will think that average figure's too low...).

The report suggested around 39% of people now use their smartphone instead of a camera, while 6% claim to use their phone in place of a TV. We're not so sure about that one...