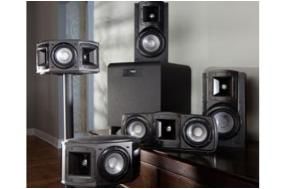 The Synergy Series is a 'newly re-engineered' line-up that evolves from the original Klipsch speaker series of the same name, first launched in the US in 1997.

The company's familiar Tractrix Horn technology is present and correct, alongside "a new network structure, updated voicing and a more contemporary look".

All the speakers use an injection moulded graphite (IMG) material for the woofer cones, alongside the Tractrix horn tweeters, and are available in a black ash vinyl veneer.

They're due out this October, and we'll have a review of some of the new Klipsch Synergy speakers just as soon as we can get them.