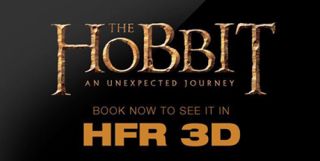 With Peter Jackson's return to Middle Earth arriving soon in cinemas, Odeon and UCI Cinemas have announced that The Hobbit: An Unexpected Journey will be released in High Frame Rate (HFR 3D) across a 100 of its screens in Europe.

The flagship Odeon cinema at Leicester Square in London will be one of a total of 37 cinemas across the UK showing the HFR 3D version of The Hobbit.

Presenting the film at 48 frames per second (fps), this doubles the rate at which film productions have traditionally been shot (24 fps).

Being the first film to do so, The Hobbit promises incredible detail, getting closer to replicating what the human eye sees, while also claiming added benefits for 3D viewers by way of a reduction in the amount of eye strain and fatigue experienced.

The HFR 3D version of The Hobbit will also be shown at a number of Odeon digital IMAX sites, including Odeon ISENSE screens.

Odeon Chief Executive Rupert Gavin, said: "By embracing the HFR 3D format, we are offering The Hobbit fans the most choice of any cinema chain in Europe and ultimately the opportunity to enjoy it in whichever format they choose.”

The Hobbit: An Unexpected Journey opens on December 13th and will be screened in HFR 3D nationwide and you can book tickets now.