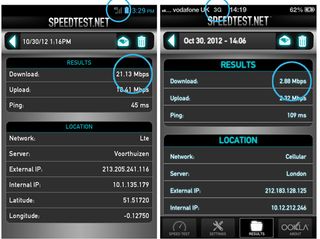 The EE 4G network will go live in 17 more towns and cities across the UK by March 2013, EE has confirmed.

The 4GEE network brings mobile data speeds typically five times faster than 3G and will now be available to consumers and businesses in 17 more places.

Read our full guide to the EE 4G network

EE's 4G network aims to cover 70% of the UK population by Christmas and then reach more than 98% of people by 2014.If you want to get on 4GEE, the UK's first 4G network, you have to choose from the following 4G LTE handsets.