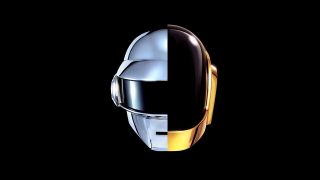 Daft Punk makes the sun come out. I know this to be true.

A trip to Sony Music yesterday for a listen to the new Daft Punk album, Random Access Memories (possibly the most hotly anticipated album release since the term ‘album’ became a complete anachronism), confirmed it. Due on May 21st and trailed by the sunshine juggernaut Get Lucky (Spotify’s most-streamed song ever, by a mile), Random Access Memories made the sun beat down on Derry Street W8 by sheer force of its good-time personality.

Central to this meteorological intensity is Nile Rodgers. In places Random Access Memories sounds effortlessly like vintage Chic, and that can only be a good thing. Opener Give Life Back To Music is a fine case in point: it’s a chunky disco stomper with a gloriously live feel, propelled by Rodgers’ unmistakably fluid, lyrical rhythm guitar.

This umbilical link to Studio 54 is even more pronounced on Lose Yourself To Dance – like Get Lucky it features a Pharrell Williams vocal but is, if anything, even more immediate and even more tied to a classic disco sound. Popping bass, on-the-one handclaps and a fantastically realised rhythm-section performance all complement Rodgers’ supernaturally relaxed-yet-propulsive playing.

(One of Random Access Memories’ many charms is the use of live drumming on all but two tracks. And not any old live drumming: the credentials of John Robinson (Chaka Khan, Lionel Richie, Madonna, Michael Jackson) and Omar Hakim (Weather Report, Sting, David Bowie, Mariah Carey) are beyond reproach.)

Elsewhere, Daft Punk is not afraid to dim the lights, drop the tempo and indulge in some Vocoder-flavoured seduction (Within, featuring Chilly Gonzales, Doin’ It Right, featuring Animal Collective’s Panda Bear). And there’s a quite unexpected deviation into mild rock territory on Instant Crush, which features vocals from Julian Casablancas.

Despite a title that sounds like a type of adolescent deodorant, it’s Giorgio By Moroderthat seems (on first acquaintance, at least) the stand-out track. It’s a nine-minutes-plus metaphor for musical freedom, featuring a monologue from Giorgio Moroder (the man who arguably invented dance music as we know it with Donna Summer’s I Feel Love). While Moroder muses on the many stages of his career, Daft Punk moves through 40 years of dancefloor shapes: click-track, sequenced electro, pure disco, wedding-cake orchestration and back, breathlessly, to click-track.

Random Access Memories is no great advance, has definite lulls and is unarguably over-long. But it’s so smooth, so sun-kissed, so genial and generous (even at its most dynamic and attacking), so obviously assembled with love, that it deserves to (and will) sell by the shed-load.

Daft Punk – Random Access Memories, is out on May 21st