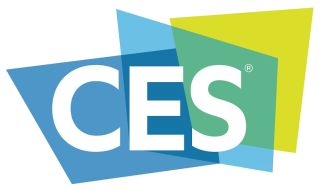 The main focus of the first day of CES is CES Unveiled, which gives an early glimpse at some of the early product innovations and trends to expect over the week.

A lot of attention was given to MQA, the new audio technology from Meridian that aims to revolutionise hi-res streaming. HTC plans to bring support to its smartphones, while multi-room streaming system Bluesound confirmed all of its products will support it via a firmware update.

Altec Lansing's Freedom wireless in-ear headphones ditch the joining cable between the buds, relying instead on Bluetooth. They are water-resistant, have built-in GPS and promise to last six hours on a single charge, and they are due on sale in Q2 of 2016, priced $150.

Bluesound has announced its 1st and 2nd gen wireless multi-room products will be able to support MQA via a free firmware update later this year. A specific date has yet to be announced.

Tidal finally gave us a working demo of hi-res MQA streaming through its service, with the files themselves coming from Scandinavian music label 2L. Although an official launch was expected at CES 2016, it has now been put back a couple of months.

Prizm is said to be a 'music brain' which connects to your existing hi-fi system and speakers. It claims to curate playlists based on preferences of everyone in the room, based on listening habits from smartphones, wearables and streaming services.

MORE: Prizm plays music based on tastes of people in the room

HTC is also getting in on the MQA action at CES 2016 and will demo the technology on a prototype of its One A9 smartphone. The current version of the phone won't be able to support MQA, but HTC is working on a solution.

MORE: HTC to demo its MQA smartphone at CES 2016

Invoxia unveiled the Triby wireless speaker at CES 2016, powered by Amazon's Alexa voice assistant. It supports Bluetooth and Spotify Connect and will respond to voice commands such as "play some jazz". It's due on sale later this year for €199/$199.

Don't forget that What Hi-Fi? is live and direct from the showfloor in Las Vegas all week, bringing you the very latest news and product launches from CES 2016. Not only that, but we'll bring you coverage from our very own International News Stage, in partnership with our sister publication, Stuff.

CES 2016: All the latest news highlights