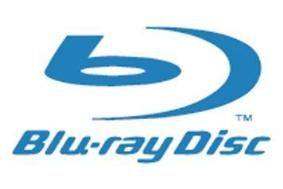 According to the Blu-ray Disc Association (BDA), 10.7 million Blu-ray players have shipped in the US since 2006 (that figure includes Sony's PS3) and there was a threefold increase in player sales in 2008, compared with 2007.

Around 8 per cent of US households now have a blu-ray player, a fact undoubtedly helped by the recent launch of a Blu-ray player at WalMart for $128, and from Best Buy at $99.

However, high software prices are still seen as a possible impediment to the growth of Blu-ray, according to Tom Adams of Adams Media Research: "The pretty stiff premium on software doesn't help in a recession," he says.

There are 1100 BD titles now available in the US. Around eight million discs were sold in December 2008, with The Dark Knight alone selling more than one million.

The BDA remains convinced BD-Live functionality will play an increasingly important role in driving Blu-ray sales, once consumers understand what the feature offers.

There are now 21 BD-Live titles available Stateside (not much, given that total number of 1100 BD films), with nine BD-Live players currently available.

Another 11 BD-Live equipped players have been unveiled here at CES this week, including the following:

And a couple of Philips models

On the subject of 3D HDTV, the BDA would only say: "There is no formal proposal for 3D HDTV within the BDA yet. We think Blu-ray Disc is the best platform for 3D HDTV, but we need to evaluate the various technologies."