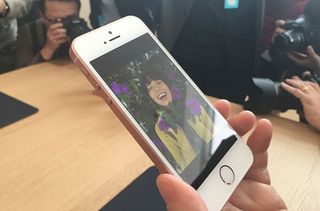 We've all experienced it: the new iPhone comes out, like the iPhone 8 or the iPhone X, and suddenly your iPhone 6s or 7s feels like it's unbearably slow.

For years, we thought this was just psychological - now, we know it's the truth.

But, according to Apple, it's not so you get irritated enough to go out and buy the newest smartphone. Rather, Apple says that it lowers processor speeds because lithium ion batteries break down over time, and it needs to do so to prevent the phone from randomly turning off.

When a battery gets older its maximum capacity gets smaller because of aging chemicals degrading - caused by charging and discharging the phone - but that also means that the maximum current the battery can supply diminishes too. As such you'll have to charge your phone more, and it will struggle to meet its out-of-the-box standards.

A post by Geekbench developer John Pool sparked this revelation, which showed that Apple’s iOS 10.2.1 and 11.2.0 updates introduce throttling for different devices to reduce shutdowns.

Unconfirmed reports say that replacing batteries returns performance and CPU clock speed back to normal but we can't recommend that you start breaking open your iPhone to get better performance (for a start, it will invalidate your warranty and could cause other issues).

So next time someone says that they think their phone performance is getting worse when a new iPhone comes out, you can tell them they're probably right.