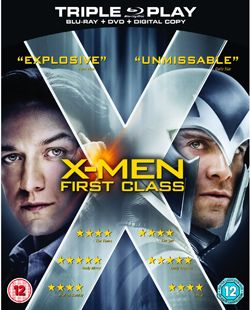 This follows news from the Digital Entertainment Group that a boom in Blu-ray sales and spending on e-commerce sites in the third quarter of this year fuelled the first rise in home entertainment spending in America for more than three years.

In Europe, disc sales are being driven by a 42% growth in Blu-ray, according to 20th Century Fox. The UK and Germany are the largest international Blu-ray markets, accounting for 10 million units sold in the year to date.

Sales this Christmas are expected to be boosted by a strong line-up of film titles, including Star Wars: The Complete Saga (only on Blu-ray) and X-Men: First Class.

Rise of the Planet of the Apes is expected to achieve half of its sales on Blu-ray internationally. And the Star Wars Saga, which sold one million units worldwide in a week, is predicted to reach more than three million units by Christmas.

There are 20 million Blu-ray players installed in European homes, apparently, and in the UK 80% of homes already have a high-definition TV, with one third of them expected to be connected to a Blu-ray player by the end of this year.