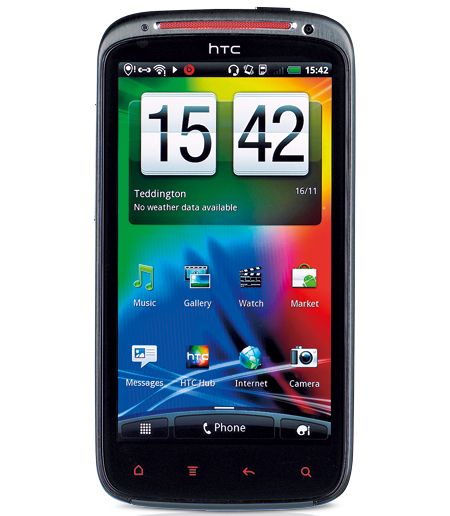 Good but not great, this is a decent package let down by its bottom end

Earlier in 2011 HTC bought a controlling stake in Beats Electronics, the company best known for its Beats by Dr. Dre range of headphones, one of the most successful brands in recent tech history.

As a result, we can expect to see Beats' technology and branding across a range of HTC products. Like the Sensation XE with Beats Audio.

This smartphone, therefore, is essentially a Beats Audio upgrade to the original Sensation. The updated design adds some red flecks to the case, while you also get a pair of £70 iBeats in-ear headphones.

This new model has an improved – and class-leading – 1.5Ghz, dual-core processor inside, too.

As with the original model, you're reliant on an SD card (included) for most of your memory requirements – there's only 1GB of internal storage. There's Bluetooth and DLNA, too.

Inside is Android's 2.3 OS with HTC adding its own flourishes, such as the super-fast sweep through all your available screens, coming via HTC Sense 3.0.

You can access apps from the Android Market and other Android regulars, while there's also HTC Watch, a video rental service with a decent selection of films, and Friend Stream, which tries (with varying degrees of success) to be the hub for your social media apps. The HTC-meets-Android interface is a smart, clean OS.

Flash-enabled browsing
Internet browsing is good, with the HTC, fully Flash-enabled of course, giving over the whole screen to the web, and loading pages rapidly.

The screen is fine for browsing, but switch to video and it lacks a little sparkle.

Black levels aren't great, so it's hard to make out any great detail in dark scenes, while colours lack punch.

It's a similar story for sound, but that's more of a let-down. The earphones are great, but the Beats Audio sound from the 'phone proves woolly and lacking in clarity thanks to an abundance of low-quality bass.

Extended use finds the battery struggling to last out the day.

There's much to like here, from the smart interface, iBeats buds and impressive browsing, but the HTC's AV performance can be beaten elsewhere.