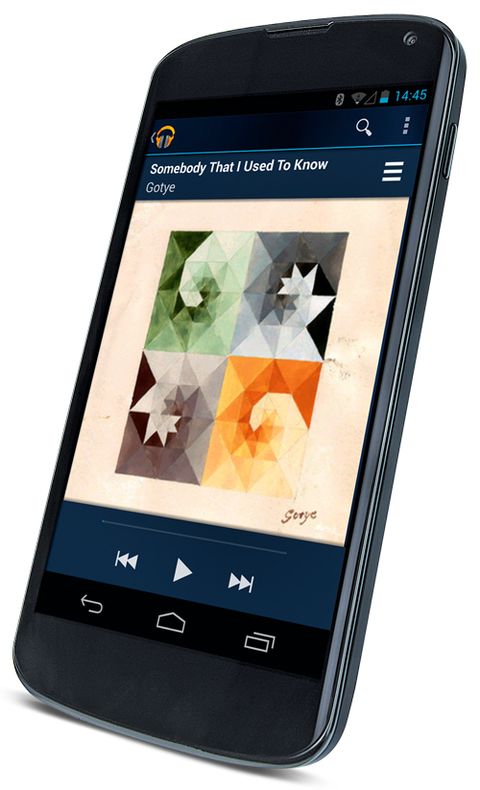 Our once-favourite Android bows down to fine rivals. Still great value, though

When Google’s Nexus 4 burst onto the smartphone scene last year, it was the best Android smartphone we had seen. Its biggest draw was, and still is, its beautifully clean interface, the purest realisation of the Android OS.

With no distracting interfaces or extra gimmicky features to deal with, the stripped-back design keeps things neat, fast and smooth – multitasking is a breeze.

Building on the success of the Samsung Galaxy Nexus, the Nexus 4 this time enlists the help of LG to build what is a slender, classy slice of smartphone.

– Google Nexus 5: best prices, deals and where to buy

Built from Corning Gorilla Glass on the front and back, it feels slim and light in the hand, and comes close to the premium feel of the iPhone 5. The glittery finish on the back is particularly appealing.

The edge-to-edge 4.7in capacitive touchscreen gives maximum viewing space when web browsing or watching video, and the buttons are kept flush to the sides and are sensibly placed – easy enough to reach, but away from where most people may naturally hold the phone so you don’t end up accidentally pressing them. The side-mounted on/off button is in just the right place, and the headphone jack top left is easy to access.

LG has clearly put a lot of thought and effort into the design of this phone, and it pays off – big time. Pride of ownership comes as standard.

The Nexus 4 ships with Android 4.2 OS, the very latest update of Google's operating system. Being a Nexus phone, Google makes clear that this version “will always have the most up-to-date software”, and in our view, this is the best cut of Android Jelly Bean yet, being more flexible, faster and smoother.

It’s certainly the purest, with no skin overlaid, which will appeal to Android diehards. And there's a simplicity to the OS, despite clever touches from the improved notifications bar to the deeper integration of new Google services.

We love that fact that you can customise the home screen – gone are the days when Android home screens nearly always looked awful.

But there’s much more to the Nexus 4 than just a pretty face. A 1.5GHz quad-core processor is bolstered by a class-leading 2GB of RAM to help Google bullishly claim it is the fastest phone in the world.

It’s certainly effortless to navigate, and loads web pages, apps, videos, the lot, in super-fast time. However hard we tried, and however many apps we were running, it is almost impossible to slow this phone down, making it the perfect multi-tasking tool.

We particularly like the widget for Google Music and the new pull-down notifications with shortcuts to the app within, including play and pause controls so you don’t have to go into the app itself.

The 2100mAh battery is decent, too, coping well with a day’s heavy use. Sure, it won’t run for a week without a recharge, but no smartphone will.

However, the absence of 4G on such a high-tech phone is one omission we can't understand, especially as 4G is now starting to roll out in the UK and features in other smartphones we've tested this year.

Still, Google has got its house in order where content is concerned. So Google Play’s content library is now supported by a functional Play music app that’s easy to use – a quick swipe left or right brings up playlists, artists, albums, songs and genres.

It’s with music that the Nexus 4 holds a strong position – play Fiona Apple’s Hot Knife and there’s good detail, weight and foot-tapping rhythm. Its well-balanced sound is far more enjoyable to listen to than the S4’s lacklustre performance, but the HTC One has a touch more pizzazz, while the Apple iPhone 5 wins with greater clarity and agility. Still, as a music playback device you can’t go far wrong with the Nexus 4.

MORE: Samsung Galaxy S4 - everything you need to know

One oddity is that there are no headphones included in the box, so we’d plump for something like our Award-winning SoundMagic E10s (£35) which are a worthwhile upgrade and sound vastly superior to the usual freebie headphones you get with most smartphones.

With a resolution of 768 x 1280-pixel (320ppi) the Nexus 4 displays a detailed picture with a natural colour tone – but it lacks crispness compared with the exciting dynamics and pin-sharp detail found in newer smartphones. It does a decent job, however, with smooth motion and shadow definition. Its white levels are slightly dimmed: Apple and HTC benefit from stronger contrast levels that make crisp black text easier to read on white backgrounds.

Camera pictures are reasonable, though not exceptional: it’s fine for taking quick snaps while you’re out and about, and uploading to social media, but can’t match the quality of a proper digital camera.

That said, Google has added some neat features, including Photo Sphere for panorama shots, which work well.

The Nexus 4’s excellent SIM-free price (from £230) still makes it an easy recommendation, but affordable tariffs available across all flagship smartphones levels up the playing field. There’s no escaping the fact that the newer Android handsets have changed the game. For starters, the Nexus 4 is restricted to 8GB and 16GB models – there’s no sign of an expansion slot, either, so you’re stuck with the paltry storage space.

Therefore, and despite that winning interface and smooth operation, it’s time for the Nexus 4 to step down as the best Android smartphone. The HTC and Sony flagships impress more with their stunning picture performance and lovely design touches. For Android purists, though, the Nexus 4 remains a worthwhile option.

MORE: MWC 2014 news, rumours and what to expect