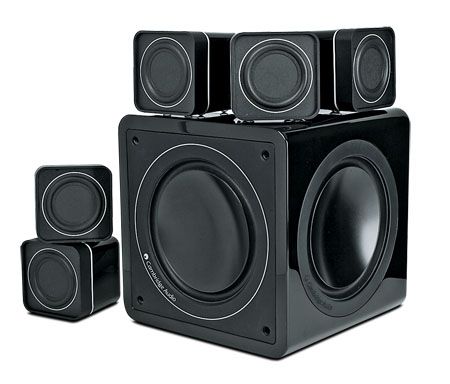 Where space is tight, the miniscule Minx fits the bill and sounds fabulous

We first reviewed the original Minx S215 style speaker system in May 2011. At the time we felt it was an accomplished little system but that the satellites sounded a tad coarse.

Well, Cambridge Audio has spent the past year trying to improve its first effort. So, although the system in the picture looks nigh-on identical to the first version, there’s much more to this than meets the eye. More on that later…

The size of the speakers means they won’t fill cavernous rooms; we wouldn’t recommend using this system in a room larger than around 4m x 4m – but in anything smaller, the Minx system is ideal.

You’ll be astounded by how effectively the speakers and subwoofer work together to fill the space; no matter how far-reaching the effects, there are no gaps in the sound.

Spin Gladiator and you’re immersed in the all-encompassing atmosphere of the amphitheatre. The new satellites remain composed throughout and don’t show any sign of stress as the swords start clashing.

It’s always composed, combining weight, sharpness and precision, and they way the film’s score is handled shows the Minx is more than capable of fine musical timing.

or white high gloss lacquer. They feature screw terminals for bare-wire speaker cable, but you can also pull the terminals out for banana plugs.

Each also comes with its own wall mounts and tilting wall-mounts, table-top stands (see above) and floorstands are all available as optional extras.

This might be a bijou system, but even though it can squeeze into the smallest nooks in your listening room, it sounds like something many times its size.