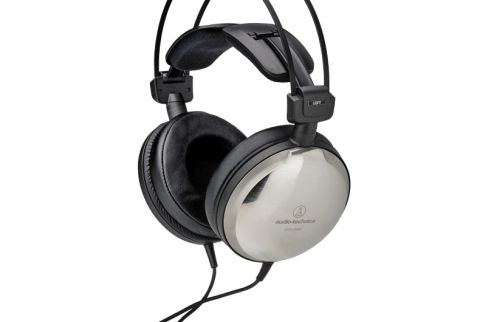 A solid pair of headphones, but their price doesn’t quite match their proficiency, especially as there are a lot of other options available

When wearing Audio Technica’s new ATH-A2000Z headphones, there is a possibility that you might be mistaken for someone being converted into a Cyberman from the BBC’s Doctor Who.

But since their closed-back design means that they’re more likely to be used in the home, the proof of these headphones will be in their sound quality, not in their fashion sense.

While the ATH-A2000Zs’ brushed metal housings might make you look a little robotic, they won’t weigh down on you.

Audio Technica have kept these headphones at a relatively low 294g, partially by using a lightweight magnesium baffle to hold the drivers in place.

As we’ve seen on the company’s other products such as the ATH-AD700X and the ATH-W1000Z there are pads attached to the headband, which Audio Technica’s calls its ‘self-adjusting 3D Wing Support’.

They’re designed to reduce pressure on the head, however some members of the What Hi-Fi? team found that the supports aren’t particularly comfortable.

If you have a smaller head size than average, we would recommend wearing the headphones yourself before deciding whether you want to take them home.

We start with some upbeat pop, and to their credit the ATH-A2000Zs have a lot of punch to them. Carly Rae Jepsen’s Call Me Maybe gives these headphones no difficulty in keeping up with the bouncing beat.

Jepsen’s lyrics are made clear and well defined against the backing instruments, the headphones placing detailed vocals front and centre and making what could otherwise be just a standard summer song into a bit more of a performance.

The bass is taut and deep too, with a nice impact every time the low drums thump.

Listening to Queen’s Fat Bottomed Girls, the ATH-A2000Zs have an authoritative quality to them that fills the sound field.

The drums move nicely from right to left at the peak of the track and, dynamically, the headphones easily communicate the increase in intensity of Freddie Mercury’s voice as it builds into the climax.

These headphones leave a lot of space for Brian May’s vocals to take come in during the chorus, and are detailed enough to distinguish between his full-bodied melodies and Mercury’s snarls.

However in more intricate songs like Holland 1945 by Neutral Milk Hotel, the ATH-A2000Zs can’t quite keep the multitude of instruments organised, losing some of the distinction and nuance between timbres.

Despite plenty of use, the headphones do lack a little refinement. Horns come across too aggressively and some of the more delicate sounds have a hard edge to them.

That might sound exciting at first, but over longer listens it can become wearing.

If you like an authoritative, aggressive bent to your music then you’ll probably enjoy how the ATH-A2000Zs convey their sound.

However, if you want a little more polish then there are other options, no less from Audio Technica themselves, that do the job better.

The ATH-A2000Zs have a good deal of detail, dynamism, and authority, but unfortunately they’re not refined or organised enough to earn a recommendation.