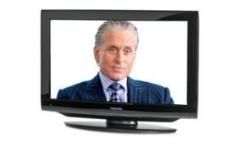 In October this year, research carried out by Tesco – which sells one in three small-screen tellies bought in the UK – showed that two thirds of UK households had three or more televisions, while one in six families had at least five sets.

It's clear that the days of all the TV watching taking place in one room are over for many people. And that's where this Toshiba 26DV713 comes in.

Not just a 26in set that's ideal for a bedroom, it also has an integrated DVD player.

It's also HD-Ready with a 1366 x 768 resolution and two HDMI inputs, while you'll also find a Freeview tuner, PC input and even a USB input for displaying pictures and playing MP3s.

Punchy, detailed picture
There's nothing too fancy by way of style and design, but Toshiba deserves credit simply for cramming a DVD player in to what is still a relatively slim LCD television.

The remote is clearly laid out and simple to use but it's a shame it's so sluggish to change channels – well over five seconds flicking from one to another seems like a relative age.

The small screen and lower resolution mean there's less work to be done to make the Freeview picture fit and as a result the image is crisp and clean, and there's a decent level of detail on display.

Colours are punchy and bright, but on the whole remain nicely balanced.

Sonically it's fair to middling but it does avoid the tinny, lightweight sound common to many flatscreens – crucial considering we'd imagine a set like this is far less likely to be used with any external speakers.

Don't expect the last word in detail, though – Avatar looks a little flat and there's occasional judder to fast motion – but it's perfectly watchable.

Reasonably priced and with a DVD player thrown in, this is a fine solution if you're after a decent small-screen television for that second – or even fifth – room.