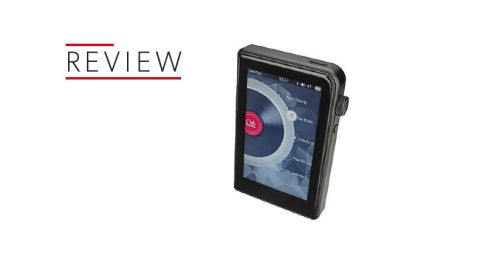 A neat little player, but one that doesn’t sound interesting enough to warrant switching from your smartphone

Since Apple discontinued the iPod Nano, many people have been searching for an alternative media player.

Something small in stature, which fits in your bag or pocket without taking up too much space, while also providing a better sound quality than you’re used to from your smartphone.

That’s what Shanling’s M2s portable music player is aiming for, but does it meet those requirements?

At first glance, you might mistake the M2s for a particularly shiny, slightly large cigarette lighter. But turn it on, and its 3in, 800 x 480 resolution screen lights up. Unlike most portable music players nowadays, the M2s doesn’t have a touchscreen.

It is controlled entirely using the clickwheel volume control and the ‘return’ button beneath it. There’s good weight to the player, protecting its AK4490EQ digital-to-analogue converter and 1800mAH battery (which Shanling says will give you nine hours of listening time, although that varies with the sort of headphones you’re using, and your chosen volume levels.)

Its navigation screens are easy to get through quickly with only three or four clicks necessary to get to a list of your albums or genres. Getting your music onto the M2s is a more difficult affair, though.

The M2s doesn’t have any internal storage, in contrast to most other players. Instead, you have to buy a MicroSD card and fit that into its slot. With the MicroSD card inserted, the M2s will support up to 256GB of external storage, a lot more than the average iPod.

However, there’s no getting away from the fact that you have to invest a little extra to get files onto the device.

Once it is ready to go, the M2s plays files up to 24-bit/192kHz and DSD256, transferred through its USB-C port. It also has aptX Bluetooth connectivity, so you can stream ‘CD-like’ (16-bit/44.1kHz) resolution music from the M2s to compatible wireless speakers and headphones.

But the cord-cutting capabilities don’t stop there. A dedicated app also lets you control playback and volume from your smartphone – useful if you’re away from the player, or it’s stuck at the bottom of your bag.

But start playing the M2s and the sound quality is a little disappointing, even for this relatively low price point. It’s a decent performance, but there’s still some way to go before it generates the excitement necessary to properly recommend it.

Its insight is its most attractive feature, but could still do with some fine-tuning.

The naturally harsh and aggressive vocals of Run the Jewel’s Run the Jewels, and the plosive, alliterative delivery in the middle of the song, are insightful enough to get a sense the rappers spitting out the lyrics.

On 36” Chain, the arcade-like sound effects have a good layering, but it doesn’t sound as sparky or active as we would like.

Playing something more upbeat, Electric Light Orchestra’s Turn To Stone, the bouncing piano that introduces the song and the popping keyboard riffs that keep the momentum going are conveyed well by the M2s.

It’s not going to inspire you to jump out of your chair and dance, but it makes a good attempt at capturing the song’s energy. It times acceptably, avoiding tripping up over some of the rapid harmonies, and is adequately spacious.

There’s enough room for each instrument to flourish as best it can, without them sounding disconnected from the rest of the orchestra.

The M2s doesn’t have a particularly bad sound, but if you already listen to music on a smartphone, we can’t recommend you spend money to switch to this player.

It simply isn’t good enough to provide enough of an improvement in quality to justify carrying around a second music player.

Ultimately the M2s lacks the solidity to deliver a really powerful, punchy performance. Those looking for a good portable, dedicated, music player might want to think about spending a little bit more cash on something more sophisticated instead.

See all our Shanling reviews