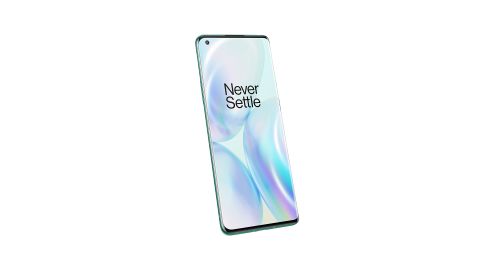 This is the best OnePlus smartphone yet – and it's priced accordingly

The OnePlus 8 Pro is a big moment for OnePlus. Since it began in 2013, the Chinese phone brand has embraced its ‘flagship killer’ ambition with lower-priced handsets than those offered by premium phone manufacturers such as Samsung and Apple.

OnePlus has occupied the middle ground to great effect, offering phones with plenty of features and good performance, but without the flagship price. But the OnePlus 8 Pro changes things.

In the build-up to the launch of the OnePlus 8 series, OnePlus CEO and co-founder Pete Lau said the 8 Pro would be "under $1000". And it has now been confirmed as £799 ($899) – a fair bit more than the 7T Pro and Google Pixel 4 XL, and more or less on par with the Samsung Galaxy S20’s starting price. A far cry from last year’s OnePlus 7 Pro and OnePlus 7T, which we heralded as the best-value Android phones on the market.

The new OnePlus 8 Pro flagship builds on the ‘Pro’ concept OnePlus introduced in last year's 7 Pro. If the company stays true to its convention, we can expect 8T and 8T Pro variants in six months’ time. Until (at least) that time, though, the 8 Pro is the best phone OnePlus believes it has made.

It’s a 5G phone (as all of OnePlus’s 2020 phones will be), and has the most advanced camera system, the biggest battery and the biggest screen of any OnePlus phone before it. Is it the biggest draw from OnePlus’s latest offering and the biggest threat to its premium Android rivals? Or has the OnePlus 8 Pro shot itself in the foot by creeping up the price spectrum?

The ‘Pro’ moniker indicates a larger device than the standard variant and, consequently, a larger screen. The 8 Pro’s is a 6.78in – slightly up from both the 7 Pro’s 6.67in screen as well as those of the Samsung Galaxy S20+ and Apple iPhone 11 Pro Max.

It’s still an AMOLED display that supports HDR10+, although this time the QHD+ resolution has been increased to 3168 x 1440. That and the increased screen size makes for a slight reduction in pixel-per-inch (513ppi compared to 516ppi), but it’s still impressive.

The 90Hz screen OnePlus introduced on last year’s 7 series handsets has been eclipsed by a 120Hz one, the same refresh rate introduced on the Samsung Galaxy S20 earlier this year. The 8 Pro, however, is able to offer that smoothness at its maximum resolution, while the Samsung S20 phones can only maintain 60Hz at their peak pixel count, having to drop to 2400 x 1080 to cater for 120Hz.

In the real world, that translates to a super-smooth, super-responsive and super-sharp screen that’s a pleasure to both use and watch. We watch The Mandalorian on the Disney Plus app, and the 8 Pro is clear, lucid and compellingly colourful.

There’s shine off his helmet, richness to the desert terrain, and an impressive black depth when the title splashes onto the screen. Thanks to a 1300-nit peak brightness, we find it very coherent, even in bright sunlight.

Contrast is generally excellent, with lamp lights and electrical sparks punching out against the sunset as he fuses his armoury – although the 8 Pro tends to opt for revealing the detail and clarity in darkly-lit scenes over perhaps more realistic darker shading. The Samsung S20’s screen reveals subtler shading and therefore improved depth – it carves out rock faces and depicts landscapes better – and has a negligible edge over colour richness.

MEMC (Motion Graphic Smoothing) mode can be turned on to apply motion smoothing to compatible apps, such as YouTube, and while it makes a difference, noticeably presenting that characteristically sharp, glossy, sheen, we prefer it off as we watch the trailer for Fast And Furious 9.

The 8 Pro has a lovely, edge-to-edge screen – made all the more useful by the return of the in-screen fingerprint scanner. Don’t just take our word for it, either – it has earned an A+ screen rating from display testing and calibration company DisplayMate.

If you’re thinking such screen resolution and 120Hz support, not to mention the presence of Snapdragon’s latest 865 flagship chipset, spells battery drainer... you’d be right.

To help keep you juiced all day, OnePlus has fitted the 8 Pro with a 4510mAh battery, the largest in any OnePlus phone and sitting between those offered by the Google and Samsung rivals. It also promises more efficient onboard RAM (8GB/12GB with the 128GB/256GB storage options respectively) with 20 per cent less lower power consumption.

It's up to the task, never failing to keep us running all day during our week with it. And OnePlus’s ever-helpful WarpCharge 30T charging comes in to rejuvenate it from 1 per cent to 50 per cent in only 23 minutes. An optional Smart Charging Optimisation feature has been designed in order to preserve the battery for as long as possible, even learning your sleep habits so it can charge your phone to full before you wake up.

The headline news here, though, is wireless charging support. Finally, OnePlus has succumbed to the feature, believing it has now made a version of wireless charging that’s good enough. Enter WarpCharge 30T Wireless, which, via a separately sold charging dock (£69/$69), can charge the 8 Pro from empty to half-full in 30 minutes. The phone also works with Qi charging at 10W.

OnePlus has been experimenting with some camera gimmickry of late – at CES this year it introduced the Concept One with ‘disappearing’ rear camera lenses. For the 8 Pro, such efforts have been funnelled into more practical advancements.

For the first time, OnePlus has used a quad camera arrangement, here combining a 48MP main snapper with a 48MP ultra-wide angle lens that provides a 120-degree field of view; a 8MP telephoto lens capable of 3x optical zoom and 30x digital zoom; and a 5MP colour filter lens designed to capture artsy shots through vivid, black and white, matte and a particularly playful chrome filter.

HDR10+ support and 4K at 60fps video recording is also here, as is the useful Super Macro mode, which allows you to capture close-up objects from just 3mm away.

The Galaxy S20 comes out on top with more insightful, eye-catching shots: bringing finer details to the surface, capturing greater depth, and seizing more richness in colours. But the OnePlus is a capable shooter that can fill its viewfinder with candidly bright, clear shots abundant in colour.

The front-facing, 16MP selfie snapper, meanwhile, is capable of HD video and helps define the 8 Pro’s overall design, marking the first time OnePlus has opted for a hole-punch design as opposed to its typical pop-up or notch alternative. Why now?

According to the company, it’s allowed the creation of a lighter, more ergonomic handset. Its sub-4mm presence is somewhat a blot on the screen which takes a little while to get used to, but it doesn’t hinder operation or apps and has indeed helped make for a nicely lightweight (199g) phone.

We’re fond of how the edge-to-edge screen of the tall (165mm), slim (74mm) handset curves around the sides towards the glass back, which is available in a trio of finishes, Onyx Black, Glacial Green and Ultramarine Blue (though this isn’t available in the UK). OnePlus has also built a more robust phone, with the 8 Pro certified with an IP68 water and dust rating – another OnePlus first.

While the 8 Pro puts up a good fight to the Samsung Galaxy S20 in respects to screen and camera performance, the competition isn’t quite so close when it comes to sound quality.

It delivers a bold, clear and upfront listen that’s reasonably detailed but much cruder than what's on offer from Samsung. While in Mura Masa, Ellie Rowsell and Wolf Alice’s Teenage Headache Dreams, the OnePlus thrusts the beat forward with impetus, there’s not as much distinction between the electronic notes, and their interplay with the string rhythms isn’t as tight.

With L.A. Salami’s Come Back For The Rest Of Me, meanwhile, the Samsung surfaces greater texture to the acoustic strumming and a more insightful breathiness to the harmonica and echoic vocals.

Perhaps it was inevitable for a phone brand with 5G and first-class chipset ambitions to edge towards this end of the price spectrum, but OnePlus has now entered into the competitive territory that it once avoided.

The OnePlus 8 Pro is a talented phone with every feature you could reasonably expect for a phone of its price. Its screen is lovely, and new wireless charging support rounds off an impressive, flagship-worthy spec sheet. Its sound quality isn’t quite as good as some of its rivals, though, and it is a touch below Samsung standards in camera and screen performance too. For the first time, these minor deficiencies cannot be masked by a lower price tag.

The 8 Pro may not go down in history as the best-value OnePlus phone, but nevertheless it deserves credit for being an excellent OnePlus phone – and the best so far.