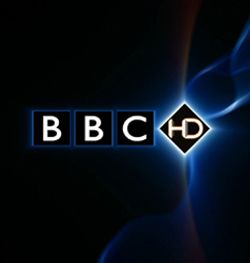 Samsung is the latest TV manufacturer to admit that a change in the way the BBC broadcasts its HD channels is causing audio dropout on some of its TVs.

In a statement to whathifi.com, the company says:

"In light of the reported sound problems with BBC HD channels, Samsung has been working on a software update for its TVs.

"Samsung is currently testing this software update to ensure that it resolves the sound issues that some people have experienced and we would like to thank customers for their patience.

"The software update will be released following completion of the testing procedure."

Meanwhile, Sony says it has resolved the problem and will issue a software update at the end of June:

"This issue has been resolved. The software is currently undergoing final quality assurance testing. We are targeting the end of June to make a software release.

We will update this forum when the software has been made available."

Toshiba has today confirmed that some of its sets have been affected by audio dropout on BBC HD channels since the Beeb began switching between 1080i and 1080p high-definition broadcasts on Freeview.

In a statement to whathifi.com, Toshiba UK says:

“After the introduction of transmission mode switching by the BBC, a limited number of Toshiba sets have been affected by very brief instances of audio dropout.

"An over-the-air update has already been issued to fix the majority of sets affected, and we’re currently developing a further update for the small amount of models that may still be affected.

"We’re working closely with the BBC to resolve these issues, and we thank all Toshiba customers for their patience and apologise for any inconvenience caused.”

We are still waiting for Sony UK to confirm exactly when a fix for its sets will be available, although on its support website it says a firmware update is "due soon".

A spokesperson for Panasonic UK has confirmed that its TVs are not affected by sound dropout on BBC HD channels. "All tests confirmed our sets were OK," she told whathifi.com.

We are still waiting for an official response from Samsung on this issue, and will report back as soon as we get it.

We've just received an official response from the BBC and Sony following the publication of our story yesterday. In a statement on its UK website, Sony says:

"The BBC has introduced dynamic picture switching to improve picture quality during programme broadcasts, this has unexpectedly created a problem with an audio dropout, on the 2010 and 2011 Sony Bravia TVs.

"Sony is testing a fix to this problem, and we will have more information within the next seven to 10 days, as there are other countries with HD broadcasts, we are checking to ensure that they are not affected by any changes made.

"This fix will improve the transition from 1080i to 1080p and back, to ensure the audio, picture and data information are not interrupted.

We thank you for your patience and will update the forum once we have confirmation of the fix and its availability to all our customers."

At the same time, we've received this statement from the BBC:

"The BBC worked closely with receiver manufacturers ahead of these changes to investigate any interoperability issues.

"A small number of issues were found and some manufacturers issued fixes to alleviate those problems. We always seek to ensure we provide high quality services to viewers whatever equipment they choose to use to view them and regret that some viewers are experiencing problems.

"The BBC continues to work closely with all the manufacturers."

A move by the BBC to begin broadcasting some material on Freeview HD in 1080p (progressive) rather than the more usual 1080i (interlaced) mode has caused audio dropout problems on some TVs.

We were alerted to the problem by poster Hugh1 on our Forums, who has experienced intermittent sound on his 2010 Sony TV since the Beeb made a software upgrade to the encoder it uses for Freeview HD transmissions in March.

A similar complaint has arisen on Sony UK's Forum, where poster Chris has highlighted the same problem on his Sony KDL-EX503, and the BBC has received additional complaints.

Writing in his Research & Development blog, the BBC's Ant Miller provides an explanation of the changes made by the Beeb after the software upgrade on March 22-23.

"The Freeview HD platform has always been specified to provide a 1080p25 capability. This is why set-top boxes are mandated to have a 1080p50 output to enable seamless up-conversion to a mode which is guaranteed to be present in all display devices.

"A great deal of material is shot natively at 1080p25 and there are significant advantages in maintaining 1080p25 through to the viewer's display.

"Within a single programme interlaced may be used for moving credits, cross-fades and studio shots whereas progressive may be used for location shot material. Up until now this capability has not been exploited and 1080p25 material was encoded using a 1080i25 encoding mode.

"But after a software upgrade on the 22nd/23rd March the HD encoder supporting BBC HD on Freeview HD has been set-up to automatically detect progressive material and change encoding mode appropriately.

"The encoded bitstream can only change at each GOP boundary to ensure decoders maintain a consistent display. This means that each coded video sequence either contains interlaced or progressive picture struct values within the bitstream.

"The transitions between interlaced and progressive modes are entirely dependent upon how a programme has been made."

It is this auto-switching between progressive and interlaced modes that seems to be causing the audio dropout.

BBC viewers responding to Miller's blog have experienced picture and sound dropouts, particularly on some Sony TVs such as the KDL-40EX403 and KDL-37EX403, making some programmes "unwatchable".

Have you experienced this problem? If so, let us know in the comments box below.