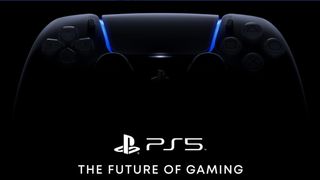 Following the postponement of its hotly anticipated PlayStation 5 games event last week, Sony has rescheduled it for a new date. And if you're doing anything on Thursday, PlayStation fans, you might want to cancel.

The company postponed the online event (originally set for 4th June) following the death of George Floyd in the US and the Black Lives Matter movement.

Sid Shuman, senior director at SIE Content Communications, issued a statement on the PlayStation Blog thanking PlayStation fans for being patient and understanding while the company rescheduled the event. He added: "We needed to step aside so key voices could be heard during this historic and important time."

Sony has now announced a new date for the event in a tweet on its official PlayStation Twitter account. It reads: "See you Thursday, June 11 at 1:00pm Pacific time (9:00pm BST) for a look at the future of gaming on PS5: https://play.st/3h37wa6."

Looking forward to picture-perfect graphics and game footage in stunning 4K? Well, the pre-taped programme will actually be broadcast at 1080p and 30 fps, to ease the show’s production process during a time when many of the developers are working from home.

Shuman assures viewers that the games they will see on Thursday will look even better when played on a PS5 and 4K TV (as you’d expect), also suggesting that "it's best if you watch while wearing headphones, if you can – there’s some cool audio work in the show, and it might be harder to appreciate if it’s pumped through your phone or laptop speakers".

The digital showcase will run for a little over an hour and promises gamers the chance to virtually experience the excitement of new PS5 games. The stream will be the latest in a series of PS5 updates, with Sony promising that PlayStation 5 developers will still have much to share after Thursday's event.

You can join the Sony PS5 games event on Twitch or YouTube on Thursday 11th June at 1pm PDT / 9pm BST (UK time) / 10pm CEST to see what’s in store for the next generation of PlayStation games.

Want to know everything we've learnt so far on the PS5, including the new DualSense controller and all of the specs, news and rumours ahead of its 'Holiday 2020' release? Check out our dedicated PS5: release date, price, specs and news for the PlayStation 5 page.