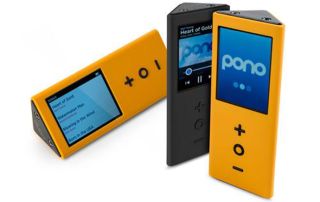 PonoMusic aims to deliver "a complete music ecosystem", which includes the purpose-built PonoPlayer, the PonoMusic Media Centre desktop app, and the PonoMusic.com music store. The third most successful Kickstarter campaign of all time, having raised over $6.25 million, Pono is set to begin shipping its $399 high-res players in October.

Omnifone’s cloud music platform, MusicStation, has some 35 million tracks and claims to have the industry’s largest catalogue of high resolution audio tracks. Omnifone says it began taking master recordings from labels in 2006, and then takes care of the audio encoding in-house. Files are stored in the "highest possible quality pulse-code modulation (PCM)" format and are delivered to users as FLAC and WAV files. The company has also said it is adding new formats such as Direct-Stream Digital (DSD). Omnifone expects high-resolution digital albums to cost between $15 and $25.

Pedram Abrari, PonoMusic SVP of Technology, said: “We’re working tirelessly to give digital music listeners the intensity, nuance and emotion originally captured in the studio. We selected Omnifone as our content delivery partner because of its unique experience in end-to-end digital audio quality and its ability to scale globally."

Jeff Hughes, Omnifone CEO, says: “We are innovators in the digital music landscape and the PonoMusic service will showcase that. Now that digital music services are becoming more mainstream, users are turning their attention to audio quality and it is fast becoming one of the deciding factors when choosing a music service. Omnifone has the platform, the passion and the knowledge to deliver it.”

The PonoPlayer promises to be "a high-resolution music player designed and engineered in a 'no-compromise' fashion". It will have a 128GB memory and a memory card slot. The player features two output jacks – a normal mini-stereo output for headphones and a stereo mini-plug analogue output. The former is intended for personal listening, while the latter has been specifically designed for a home or in-car audio system.

MORE: 10 of the best AV products on Kickstarter