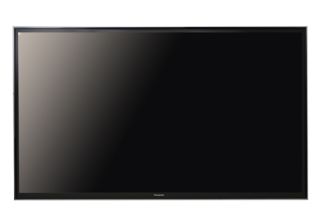 Panasonic looks set to release its first 4K TVs later this year, according to a report in The Nikkei.

The report suggests the company's first Ultra HD sets will arrive "this fall" in Japan and Europe, with various sizes expected, starting from 50-inch.

We saw a Panasonic 56in 4K OLED TV (pictured, above) at CES 2013 at the start of the year, though we can't help thinking that the company's first 4K TVs are unlikely to be OLED panels. (Not least if the company shares Samsung's thinking on the two technologies.)

Panasonic has reportedly decided to proceed with its first, next-gen TVs after the Japanese government confirmed plans to broadcast the 2014 World Cup in 4K.

Trials for 4K streaming to set-top boxes took place earlier this year, and it seems Japan sees no great need to hang around on the 4K content front.

Panasonic will be slightly late to the party, with any new TVs set to join the likes of the Sony 65in 4K TV and the Samsung 55in and 65in Ultra HD televisions.

We've asked Panasonic for comment but have had no reply at the time of writing.