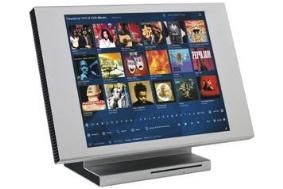 When paired with Meridian's DSP loudspeakers, it forms a complete digital entertainment system.

Control 15 provides instant access to an entire Meridian Sooloos music collection via its 17in touchscreen, and when connected to the internet, it will also serve as a simple interface to the vast array of internet radio stations and streamed music from Rhapsody.

Owners can store up to 1000 CD albums in lossless format on the Control 15's internal 500GB hard drive, along with MP3 versions that can be exported to a personal music player.

Media Source 600
Also new from Meridian is the Media Source 600, a single-zone source that enables connection of a Meridian Sooloos system to a hi-fi or multizone audio system.

It's designed to make it simple to integrate the Meridian Sooloos in to any music or media system through a host of high-quality analogue and digital audio connections.

Digital output connections, including S/PDIF and Meridian SpeakerLink, mean theMS600 can be connected to digital surround receivers or standalone D/A converters, or directly with a pair of Meriidian's DSP loudspeakers.

The MS600 can be managed from any Control on the Sooloos network including wirelessly from the free Sooloos iPhone/iPad app.

Available from August, the Meridian Media Source 600 will cost £1750.