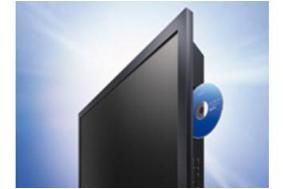 Now Sony is building on that trend with the arrival of the first of six new 3D BD recorders, due in Japanese shops toward the end of September.