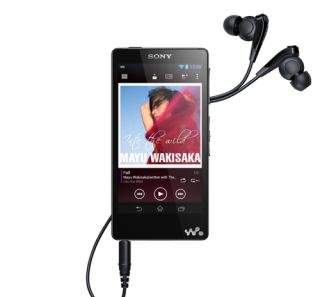 Sony’s commitment to pushing better quality audio was clear for all to see at IFA 2013, with the launch of a complete range of high-resolution audio products.

The launch of that hi-res hi-fi family has since been followed by official confirmation of the company's flagship high-res portable music player, the NWZ-ZX1 Walkman (hot-on-the-heels of the Astell & Kern AK120, which recently launched officially in the UK).

What's more, we've been tipped-off that more is to come in time for next year's annual curtain-raiser for the year in consumer electronics, CES 2014 in Las Vegas.

Sony is not the only company already talking-up high-res audio: two of the newest flagship smartphones, the LG G2 and Samsung Galaxy Note 3, support high-resolution audio files straight out of the box.

Elsewhere, Neil Young recently confirmed his intriguing Pono music service, which aims to deliver a higher quality music store and a dedicated portable music player, is all set to launch in 2014.

HDtracks, the largest US high-res downloads site, is rumoured to be readying itself for an official UK launch in the not too distant future, too.

The Consumer Electronics Association, which organises CES, has now put its not inconsiderable weight behind High-Resolution Audio, or HRA, as the CEA referred to the format in a press release.

The CEA goes on to say, “every major music label has expressed support for HRA, including Sony Music Entertainment, Universal Music Group and Warner Music Group, in addition to leading independent labels”.

Lest we forget, the likes of Linn and Naim have long been pushing hi-res audio via their own respective record labels.

But now it seems the idea has some serious weight behind it from the big US and Korean electronics companies, potentially bringing high-resolution audio to a wider audience.

As the CEA said, “We expect major HRA announcements over the next year and believe that the technology will have a strong presence at the 2014 International CES.”

And who are we to argue? Bring it on, we say.