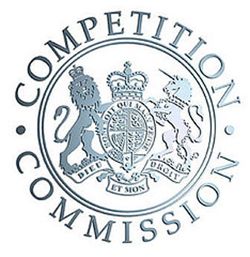 This is something of a U-turn, as previously the regulator suggested that BSkyB's contracts with the big six Hollywood studios were anti-competitive.

But since then it has softened its line, taking into account the fact that Netflix and LoveFilm have now launched rival video-on-demand services in the UK.

"Competition between providers of movie services on pay TV has changed materially and, as a result of these changes, consumers now have much greater choice," says Laura Carstensen, chairman of the movies on pay TV market investigation at the Competition Commission.

"For the purposes of our inquiry, the key effect of the market developments is that, as a result of the new options available to them, consumers' choice of pay-TV platform can more easily be decoupled from their choice of pay-TV movie service.

"As a result, Sky Movies no longer provides Sky with the advantage that it used to when competing with other traditional pay-TV platforms, like Virgin Media or BT Vision."

However, not everyone is happy with that decision. A spokeswoman for Virgin Media says: "Virgin Media strongly disagrees with today's provisional findings by the Competition Commission and continues to support its earlier findings of 2011 – that Sky's control of movie rights is restricting competition in the UK."