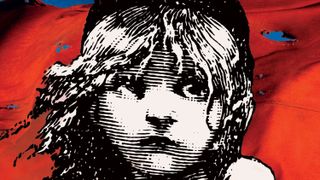 It's a rum old do when you can't forget your troubles and just get happy with a night out at the theatre, isn't it? In trying times, we realise just how much light, love and live music regularly gushes from London's West End, New York's Broadway, Paris' glorious cabaret scene and countless other theatres across the globe every night, eight shows a week.

It's now widely accepted that Churchill did not retort, "Then what are we fighting for?" when it was suggested he help the war effort by cutting arts council funding. However, he did say this: "The arts are essential to any complete national life." Hear hear.

So, until the hard-working stars of our stages can get back out there, chuck a leg, belt out a solo and knock us dead again, we might not be able to fight it on the beaches, but we can fight it in our homes – on our sound systems. That's why we've collated our list of the best musicals to test your sound system.

To all the performers, musicians, conductors, directors and stage managers who've tackled these incredible works and made them look easy: we applaud you. Never before in the field of light entertainment was so much owed by so many to so few. Now, let's face the music, and dance!

The mystical, rousing and celebratory Carousel Waltz is tough to beat in any show-tune lineup. This 1945 musical was the second born of the magical partnership between Richard Rodgers and Oscar Hammerstein, after Oklahoma!. The story revolves around Billy Bigelow and Julie Jordan, a carousel barker and a millworker in Maine.

The very first track, The Carousel Waltz, does away with the traditional notion of an overture comprising a medley of the best songs from the show. Instead, a solo flute plays a pensive melody. It is joined by another, and soon we're we're thrust into a dream-like sequence of action – and a complete orchestra playing at full pelt.

Come for this, and stay for Billy's Soliloquy (a demanding, stripped back baritone solo, sustained for seven and-a-half minutes), the ballet sequence, and of course, You'll Never Walk Alone. Yes, despite ongoing spats between Liverpool and Celtic football fans over who sang it first, the song was actually first performed by Christine Johnson, in the role of Nettie Fowler, at the Majestic Theatre on Broadway in April 1945.

Apparently, Steven Sondheim (a teenager at the time) attended the premier and was moved to tears. Rodgers later wrote that of all his musicals, Carousel was his favourite.

Listen to Carousel on Tidal and Spotify

That teenager who watched the first ever performance of Carousel with watering eyes went on to greatness, didn't he? We've chosen to share the inaugural 1986 San Diego production, but the 2014 Disney motion picture soundtrack (starring Meryl Streep, Emily Blunt and Johnny Depp) is also very well done indeed.

The musical cleverly mixes the plots of several Brothers Grimm fairy tales, exploring the consequences of the protagonists' various wishes and goals. The main characters are borrowed from Little Red Riding Hood, Jack and the Beanstalk and Cinderella among others, all tied together by a baker, his wife and their quest to have children – the original beginning of Brothers Grimm's Rapunzel. Oh, and there's a witch, who has annoyingly placed a hex on them.

From the detailed, layered passages in the prologue onwards, there's a verbatim feel to the songs, making them both very difficult to perform (as these copy the rhythm and pitch of voice patterns, like speech) and laugh-out-loud funny. If you need an adult take on your favourite childhood stories right now (and let's face it, who doesn't?) with challenging music and vocal frequencies galore, you've found it.

Listen to Into The Woods on Tidal and Spotify

Find Into the Woods on Amazon

The first track in this musical – another from Sondheim – begins with various groups of female voices calling "Bobby", and it's as good a test of the clarity and stereo imaging of your system as you're likely to find. The voices are joined by male vocals, which quickly build to a crescendo, all simply desperate to get hold of our protagonist, Robert.

See, Robert has three girlfriends and can't seem to commit to any one of them, and five married couples whom he considers his best friends. And almost everyone seems hell-bent on talking sense into him.

The big hitter here is the epic Being Alive. Despite this musical having no clear linear storyline, we'd strongly advise you listen to the whole thing. That said, if you only listen to one song, let it be Being Alive.

Listen to Company on Tidal and Spotify

The luminous Kristen Chenoweth is all over the song Glitter And Be Gay (filmed in concert with the New York Philharmonic in 2005) in our book. But that's the thing: any musical theatre aficionado worth their salt can tell you who, in their opinion, sang the finale the best.

Leonard Bernstein's overture from this 1974 musical-slash-operetta is one of the most frequently performed orchestral compositions by a 20th century American composer, but the solo mentioned above has become a calling card for the gifted soprano. Like Billy Bigelow's Solilioquy (listed above), the song requires an incredibly high level of performance throughout and poses some particularly mind-bending challenges.

If sung as written, for example, there are no fewer than three high E-flats (that's three semi-tones above high C), plus several smatterings of high C and D-flat for the artist to get their lungs around. If that doesn't test your system (as well as theirs), not a lot will. Go much higher and we're into the sonic realm of dogs.

The whole musical has a raucous, satirical quality – several writers, including Dorothy Parker and Stephen Sondheim are listed as co-lyricists – and it's nothing short of glorious in its entirety.

Listen to Candide on Tidal and Spotify

A rock opera based on The Who's 1969 concept album Tommy, this musical is considered one of the tougher pieces for sound engineers to stage.

That's thanks to the band's ridiculously strong lineup from 1964 to 1978 – guitarist Pete Townshend, vocalist Roger Daltrey, bassist John Entwistle and drummer Keith Moon – each of whom could make any 'top ten best rock musician' list in their own right, let alone together. The Who's gigs were also notoriously loud, and this musical is no exception.

Not convinced? Then let's add a banger of a song, Pinball Wizard, which Elton John decided to grace with his own inimitable vocal and piano wizardry in 1973. In 1996 and 1997, a production ran in London's Shaftesbury Theatre, starring Paul Keating as Tommy and Kim Wilde as Mrs. Walker.

Test out your system with this musical now, and consider it required listening if you're stateside: a Broadway revival is apparently in the works and slated for a 2021 premiere.

Listen to The Who's Tommy on Tidal and Spotify

Find The Who's Tommy on Amazon

It wouldn't be a musicals roundup if Lord Lloyd Webber didn't feature, would it? If you just want to test the agility of your speakers, Gethsemane is the track.

The time signatures are all over the shop – and that's to say nothing of the incredible vocal range on show. Again, lovers of musical theatre will tell you which Jesus sang the high notes the best, for them.

The musical's overture will challenge your hi-fi, but you've also got the baying crowds at Jesus's trial, plus Judas's shocking and astronomical tenor vocal as he takes his own life. (It is hardly a spoiler. We all know the story.)

Listen to Jesus Christ Superstar on Tidal and Spotify

Wilkommen, bienvenue, welcome to this deliciously dark musical set in 1930s Berlin, at the Kit Kat Club, where anything goes and everyone is beautiful – even the orchestra. Although Liza Minnelli made the lead role of Sally Bowles famous in the 1972 feature film, Judi Dench had actually performed the role four years earlier, at London's Palace Theatre.

From the racy Mein Herr, to the devilish Money Money and the poignant yet defiant Maybe This Time, these songs aren't afraid to get down into some outrageous bass registers. Sally isn't meant to be an incredibly gifted singer (if she were, she wouldn't be singing in a dive like the Kit Kat Club) and, as such, some extremely talented of singers have had to 'dirty up' their own vocal to play the role. See if your system reveals it.

Kander and Ebb also created another great musical, Chicago, and while it isn't on this list, if it's a pristine recording you're after then you'll be hard pressed to better the 2002 film soundtrack, starring Renée Zellweger, Catherine Zeta-Jones and Richard Gere.

After a successful revival in the West End in 2006, directed by Rufus Norris and choreographed by Javier de Frutos, Cabaret toured the UK in 2008 and 2009. You can see the trailer below. (No reason. One of the What Hi-Fi? team might be in it, but that's by the by.)

Listen to Cabaret on Tidal and Spotify

Anyone who's ever watched the 1991 movie Sleeping with the Enemy will remember Kevin Anderson's great al fresco performance of Jet Song as Ben – complete with his own personal jet and a sprinkler.

With spritely timing to test the snap of your drivers, the West Side Story score is perky, expansive and varied, requiring a full orchestra and one of the larger casts of triple-threat singer/dancer/actors.

From the staccato I Feel Pretty, to the spicy, Vaudevillian Dance at the Gym, to the moving ballad Maria, this timeless work was a shoo-in for this list.

Listen to West Side Story on Tidal and Spotify

Find West Side Story on Amazon

You know you're in safe hands when the music is co-written by ABBA's Benny Andersson and Björn Ulvaeus.

The story does actually revolve around a chess tournament, which might not sound like a greatest of premises for a musical, but don't let it put you off: as in ABBA, there's a cracking love triangle involved.

A notable ballad here is I Know Him So Well, but to listen to Chess is to enjoy a huge selection of styles, from pop to orchestral, with huge bass tones nodding to the Cold War tension between Russia and America in the 1980s.

As with Jesus Christ Superstar and The Who's Tommy, a highly successful concept album was released prior to the first theatrical production.

Listen to Chess on Tidal and Spotify

In times like these, the rousing call of solidarity and persistence works wonders. This layered, detailed and emotive musical will rev up your resolve a treat. And the choreography is surprisingly simple, involving not much more than a rock-step forward and a rock-step back – although you can level it up with a flag wave if you want.

The song, of course, is One Day More, but never was a musical more packed with stand-out set pieces. Bring Him Home will give your tweeters a run for their money, while Master of the House will sort the wheat from the chaff in terms of low-end punch.

For now though, stand tall and sing along: "They will walk behind the plough-share, they will put away the sword. The chain will be broken and all men will have their reward! Do you hear the people sing?"

Listen to Les Miserables on Tidal and Spotify