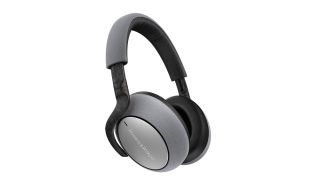 Wireless noise-cancelling headphones can help you unplug and float away into a world of music, podcasts and audiobooks. But with a plethora of models vying for your wallet, it's hard to know which ones are deserving of your hard-earned money. Well, that's where we come in. Join us as we compare two of the best and most popular pairs of wireless headphones on the market, the Sony WH-1000XM3 and the B&W PX7, to see which set is best for you.

When it comes to premium headphones, it's fair to say that Sony and Bowers & Wilkins have set the bar pretty high in recent times, and you probably won't be surprised to discover that both these flagship over-ear headphones scored five stars in our tests. That said, there are some differences between the two models in terms of price, spec, sound quality, build and design. And with the XM4 now on sale, it may be a great time to find a bargain on the XM3 model.

So without further ado, let's see how these classy cans stack up against each other. That way, you can be confident you're getting the best headphones for your money...

So, if you're counting the pennies, the Sony XM3s are the best headphones for you. At £120 less than the original RRP, they're a steal.

If you're splashing your cash on some of the best wireless headphones on the market, the last thing you want is for your listening sessions interrupted by 'low battery' warnings. Thankfully, both these headphones have plenty of stamina.

The Sony WH-1000XM3s deliver around 30 hours with noise-cancelling switched on, or around 38 hours with the technology switched off. Not to be outdone, the B&W PX7s equal that performance.

Stepping out in a hurry? A 10 minute quick-charge of the Sonys will return five hours of playtime. The B&Ws are a tad slower; a 15-minute charges provides five hours runtime.

This one's too close to call. Both go the distance and are up there with some of the best headphones we've tested in terms of battery life.

Marathon battery life is great but it's no fun if your marathon listening sessions are marred by an uncomfortable fit. Happily, both the Sonys and B&Ws come up trumps when it comes to comfort, combining plush ear cushioning with beautifully-engineered headbands and high-quality materials.

Both pairs of headphones rest lightly on the head, too, although the B&W PX7s are a touch heavier (310g vs 255g).

If you're a frequent flyer or like to pack light, it's worth noting that the PX7s don't fold up – the cups only twist flat to fit into their oval carry case. The Sonys swivel and fold inwards, so they pack up neatly (see picture, above). From a portability standpoint, the Sonys could be the best headphones to go for.

Style-wise, the Sonys are understated and sleek. The B&Ws sport a rather more striking design, with woven carbon arms inspired by the world or motorsport. Which approach you prefer really comes down to personal taste. And since both these cans deliver all-day comfort in spades, this one's too close to call.

So, both headphones feature noise-cancellation technology, 30 hours battery life and a comfy design. But when it comes to the features, one pair of headphones noses ahead of its rival...

Let's start with the PX7s. They were among the first headphones to support aptX Adaptive, a killer combo of two next-gen Bluetooth technologies: the 24-bit/48kHz capability of aptX HD and aptX Low Latency. The result? The PX7s deliver a rock-solid wireless connection and do a superb job of keeping audio and video in sync when, say, watching Netflix on your phone or playing a Call of Duty.

The Sony WH-1000XM3s don't support aptX Adaptive but they do support the aptX HD bit of the equation, along with LDAC for wireless hi-res audio playback. They also boast Sony's excellent DSEE HX chip which upscales compressed audio files such as MP3s to hi-res quality in real time.

The Sonys also feature smart Adaptive Sound Control, which automatically optimises ambient sound according to what activity you're doing and what's going on in the background. They even calibrate noise-cancelling performance according to the 'sonic characteristics' of your face (such as whether or not you wear glasses).

The B&W PX7s offer three levels of noise-cancelling – low, medium and high – and an ambient mode that lets in background noise so you can order a coffee or hear public announcements. The Sonys have the same function – but don't require you to press and hold a button for two seconds. Instead, simply hold your hand over the ear cup to initiate ambient mode.

The PX7s perform one  trick that the Sony's can't, though. When you lift the headphones off your head, they automatically pause the track – returning them conveniently restarts playback. The Sonys WH-1000XM3s miss out on this feature but it is available on the pricier Sony WH-1000XM4s.

You can tailor the EQ settings to your liking via Sony's Headphones Connect app, use Atmospheric Pressure Optimizing to improve performance during long flights and play with Virtual Surround mode.

All in all, we think the Sony XM3s are the best headphones for those that appreciate bells and whistles. The B&W PX7 aren't quite as feature-rich.

So, the big question: which pair of headphones sounds the sweetest?

The B&W PX7s sport 46.3mm drivers and put in a hugely impressive performance. Sound is detailed, tonally-balanced, rhythmic and precise. Not only are the PX7s insightful, but their sonic character also prioritises dynamic expression. They offer a spacious, open soundstage too. What's not to like? Very little – the PX7s are natural born entertainers.

The Sony WH-1000XM3s are as impressive, if not more so, thanks to some inspired innards. Their analogue amplifier combined with DAC serves up a wide open feel and untold levels of detail that make for an emotive listen. That the XM3s have picked up two What Hi-Fi? Awards since their launch in 2018 is testament to their powerful, poised performance.

Both headphones provide an energetic sound, but the Sonys, with their analogue amplifier, are a little smoother and well-rounded. If sound is your top priority, the XM3 are the best headphones for you.

It was always going to come down to a photo finish but the Sony WH-1000XM3 cross the finish line a hair ahead of the B&W PX7s. Not only do they sound a smidgeon better, but they're loaded with cutting-edge features and offer smarter, more customisable noise-cancellation. Crucially, let's not forget that they're currently considerably cheaper than the B&Ws.

That being said, the five-star B&W PX7s are extremely impressive in their own right. They're arguably the more stylish of the two and pack in the latest Bluetooth technology. They offer top-notch sonics and are still a superb buy.