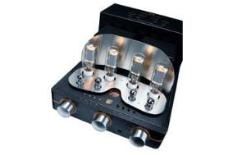 The Unison Research S9 is an intoxicating combination of brilliant and barmy. We can’t help but love it

When it's in full flow, it's impossible not to love Unison Research's S9. And yet, take a dispassionate view, and this is arguably one of the least-rounded high-end amplifiers we've tested.

Practicalities first: this is a big, awkwardly shaped unit. You'll need a large stand and, even then, the S9 will probably fit only on the top shelf.

This integrated weighs in, too, at 50kg: that makes it a two-person lift – and not an easy one at that, as the weight is unevenly distributed. It also runs very hot, so you'll need ventilation.

Once in place and connected to a system, you'll find the Unison's 35 Watts per channel goes only so far. It's not as fussy as some high-end valve amps, but for those used to the driveability of any half-decent transistor amplifier, the S9's picky nature will come as a surprise.

You'll need speakers that are sensitive – around 90dB/W/m and above – and easy to drive if you want to get decent volumes in a larger room.

In our medium-sized listening room, the best match proved to be ProAc's Response D18s, which have the right combination of electrical load and sonic signature to allow the S9 to sing.

Simply stunning for acoustics and vocals
This isn't the amp to pack a killer punch with the likes of the Black Eyed Peas' Boom Boom Pow: there simply isn't the bass tautness, power or rhythmic drive.

What you do get is a sweet, sanitised presentation that emphasises the vocals and melody. And that has its own appeal.

The S9 comes into its own with acoustic instruments and well-recorded vocals. With recordings such as Miles Davis's Kind of Blue or Arvo Part's Psalom it displays a fluidity that rivals just can't match.

It's the way the amp delivers low-level dynamic shifts and reveals masses of detail without ever erring towards the clinical that impresses most.

Through the S9, vocals sound wonderfully convincing and natural. The Unison's great strength is that's it's a very organic-sounding amp. Few amplifiers combine such resolution with such a self-effacing sound.

Sweet, shimmering treble delights
You get fine stereo imaging too, plus one of the most insightful treble performances we've heard. Highs are sweet and beautifully layered, producing a shimmering treble few rivals get close to. The sheer quality of the S9 makes itself felt when you go back to more conventional alternatives.

Returning to our reference Bryston BP26/4BSST pre/power combination – a 300 Watts-per-channel transistor powerhouse that costs similar money – the differences are massive.

The Bryston shows up the Unison Research's lack of low-end grip and loss of rhythmic drive. The reduction of slam and attack are readily apparent.

However, the S9 counters with a combination of naturalness in the midrange and treble finesse that the pre/power amplifier doesn't even get close to. It makes the Bryston sound clumsy and mechanical once above bass frequencies – a real surprise considering just how capable this combination is in these respects compared with most of the opposition.

Brilliant at what it does well
Which one is better? It depends on your priorities. Build quality is as good as you'd expect for the price. There's something quite appealing about the simplicity of an amp with just three control knobs. It has a remote control – one of Unison Research's wooden-cased jobbies – and very nice it is too.

This Unison Research amp must be one of the most uneven-performing five-star products we've ever heard. Yes it's flawed, but it also has more than a spark of brilliance to it. Take a good long listen. If the S9 suits your tastes, we doubt you'll find better, even at this hugely elevated price.