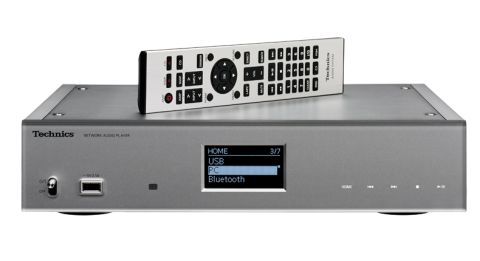 There’s plenty to like about this well-featured Technics streamer, but not quite enough to win us over

We weren’t sure what to expect with the Technics ST-C700 streamer. When we reviewed the Japanese hi-fi brand’s comeback products – a stereo amplifier and a pair of speakers – earlier this year, it was disappointment all around as they received just two stars each.

The Technics ST-C700, happily, hasn’t followed suit. This multi-featured streamer offers a more competitive performance, even if the £850 billing is quite steep.

Clean, balanced and agile – the Technics streamer makes a good first impression. The funky, electronic vibe of Public Service Broadcasting’s Gagarin is delivered with a decent amount of detail, and the ST-C700’s lean presentation helps to deliver a surefooted rhythmic drive. It could do with more punch and pizzazz to really get us stuck into the quirky recording, though.

Tonally, the ST-C700 is evenly balanced. Yes, the top end could be more open and have more bite, but we like how there’s no hint of brightness.

Piano keys are struck with impact in The Imitation Game’s soundtrack, while cello strings rumble along convincingly. However, we’d like the notes to be able to reach those dynamic peaks and troughs with more gusto; giving songs the space to soar more fluidly would be more exciting.

Play something with a bit of crunch and low-end grunt – such as Alice in Chains’ Rooster – and the Technics’ gentle presentation doesn’t agree with the heavy, grungy distortion of the guitars. More muscle and oomph to the bassline would give a richer, meatier performance that would add depth to the Technics’ sound.

Voices are clear but, again, they could do with a greater degree of subtlety and natural warmth. Regina Spektor’s Blue Lips is light and airy, but the breathy quality of her voice and the nuances in her intonation don’t quite come across through the ST-C700.

We like how the streamer isn’t fussy with file types – we used a mixture of hi-res, CD-ripped files and Spotify streams and the character remained consistent.

The ST-C700 packs in plenty of streaming features, with a wired ethernet connection and DLNA support being the main method of accessing all your music stored over NAS boxes, laptops and smart devices. There’s no wi-fi option, but the wired connection is stable, and preferable when maintaining a steady link to your home network.

It also features AirPlay streaming from Apple devices, Bluetooth aptX and NFC pairing – all of which opens up compatibility with a huge range of smartphones and tablets. Pairing with devices is mostly fast and simple, but making a Bluetooth connection needs one to many clicks and too much sub-folder exploration to be entirely fuss-free.

Connections-wise, the ST-C700 is a straightforward machine. There are two USB inputs – one for plugging in Apple devices for playback and charging, and the other for plugging in your laptop to play stored files ranging from MP3s, CD-ripped WAVs to hi-res 24-bit/192kHz FLAC files.

The type B input also supports DSD files. Single outputs for coaxial, optical and line-level are on the back panel, and you also get DAB+, DAB and FM tuners on board.

We like the sturdy metal-and-glass build of the Technics, although we can’t help but feel a little underwhelmed. The rest of the Technics’ range – be it the SU-C700 amplifier’s volume meters or the SB-C700 speakers’ stylishly minimalist single-driver design – looks more interesting and exciting.

The ST-C700 looks a little plain in comparison. We expect a more impressive finish for £850. The display is crisp and clean, although cheaper rivals such as the Pioneer N-50A (£500) offer a more dynamic, informative screen of a higher resolution.

We like the backlit touch-sensitive icons on the front panel, until we realise they don’t actually control playback. Bizarrely, those universally recognised icons have been used as substitutes for moving up/down and selecting options in the menu.

It’s a strange design decision, and we have to stop and think for a few seconds before pressing a button. They respond instantly though, and scrolling through the very basic menu is swiftly done – if a little boring.

Technics’ Music App is one of the nicest, smartest and most intuitive control apps we’ve ever used. The app’s design and feel is reminiscent of Apple’s own music player – which is the highest compliment we can give it.

The clean, minimalist interface has small icons and gesture controls (again emulating Apple’s design) that ensure you can access all songs, settings, and music sources at the touch of a single button. It’s responsive and instinctive to use, and the few instances of lag can surely be ironed out by future updates.

At the time of writing, it’s only available on the iTunes store, but we suspect an Android version will be out soon.

The biggest stumbling block for the Technics ST-C700 is the Pioneer N-50A streamer. It costs £500 and sounds fantastic. It offers greater clarity and subtlety, is more precise and can handle sudden dynamic shifts confidently, and there’s plenty of punch. In comparison, the Technics sounds dynamically flat and unenergetic.

There are things we like about the Technics streamer’s performance but, at £850, it really needs to offer more in terms of insight and dynamics to be a truly recommendable streamer.