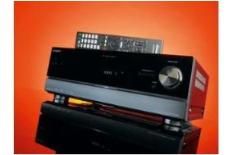 This price-point is more competitive than ever before, and a one-trick pony like this Sony is off the pace

After the by-the-numbers looks of the excellent Sony STR-DH810 earlier in 2010, it's startling to find the STR-DN1010 taking a trip towards Pioneer-style minimalism.

This is a tidy-looking device with few controls (but an extra-long remote). Note to most other manufacturers: don't make the buttons smaller, make the control larger.

‘Network' is a bit of a misnomer
Specification is competitive, with four HDMI inputs, 3D/audio return, rapid and accurate automatic mic-driven set-up and comprehensive upconverting and scaling.

On-screen menus are the usual Sony exemplars and set-up is simple. The ‘N' in the model number is a red herring, though – it stands for ‘network', but the only networking the Sony's capable of is to the company's own S-AIR products.

Wireless multiroom sound, or perhaps wireless rear speakers, are on the menu but only from a narrow range of partnering products.

We're not too far through Terminator 2's DTS-HD Master Audio soundtrack before the Sony lays itself bare. This is an unapologetically ballsy device, never happier than when ripping through the action – and the bigger the better.

The soundstage it generates is confined by comparison to others we've seen, but it's seamlessly unified and effects move around it with alacrity.

As the film's excitement builds, so does the Sony's drive and attack. Low-frequency stuff is thunderous, controlled and enjoys good tonal variation, while dynamic shifts are pounced upon by the STR-DN1010.

Away from the audio assault, the STR-DN1010 does good work resizing a DVD of Jamon Jamon. Stability is first-rate, contrasts are bright and the Sony's capable of great subtlety where skin-tones and textures are concerned.

It's not immune to picture noise, and the colour temperature is on the vigorous side, but it's a more capable upscaling performance than that doled out by any number of DVD or Blu-ray players.

Put some music through the Sony (something provocative like Eric B and Rakim's Let the Rhythm Hit 'Em) and the STR-DN1010's steroidal attitude remains to the fore.

The song demands scale and drive, of course, but in the Sony's hands it's to the detriment of fine detail. You might as well forget about nuance and just let the rhythm hit you. Repeatedly.

Too shouty for our tastes
It's hard to get too excited by the Sony – which is a pity, because excitement is what the STR-DN1010 is all about.

Its up-and-at-'em stance is invigorating at first, but all that adrenaline has to wear off at some point (it'll be before your first movie is over) and then you're left with a receiver that fundamentally just enjoys shouting.

The current competition is too well-realised for the Sony to be anything but an also-ran.