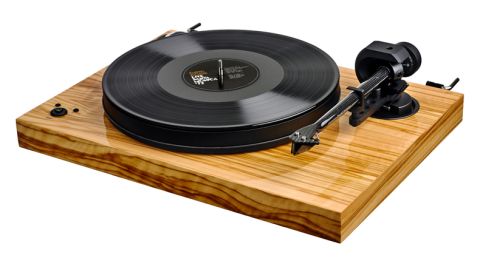 The Pro-Ject 2Xperience SB is a turntable with great musicality, aiming for a full-bodied, luscious timbre that will suit many listeners down to the ground

When you’ve an Award winner as celebrated as Clearaudio’s Concept turntable, it isn’t always so easy to know how it’s going to be displaced. Will its rival improve on the reigning product’s strengths or will it excel in different ways, highlighting the other’s shortcomings with its own skill and, most pertinently, personality?

The last – and thus far only – time the Concept relinquished its crown, the reason was a price hike that cleared a path for the similarly talented Rega RP6/Exact to nip in. With that a non-starter this time around, and with this opponent being 50 notes dearer, the challenge from Pro-Ject’s 2Xperience SB, as far as we’re concerned, can be filed under the second of those we mentioned.

This, before we get ahead of ourselves, is one of various incarnations of Pro-Ject’s 2Xperience – a line that over the past five-and-a-half years has garnered three four-star ratings, for the Classic, 2-Pack and X-Pack, and five stars for the Basic+.

Outwardly, the 2Xperience SB is not dissimilar to many Pro-Ject turntables: a chunky chopping-board chassis – available in three matt and three high-gloss finishes – and a heavyweight sandwich-style platter cut an admirably bold, and yet restrained, aesthetic.

We are also pleased to note a rather basic switch for changing speed between 33 1/3 and 45rpm, rather than us having to adjust the belt manually. One press gets the platter spinning, subsequent touches change speed, and a blue LED flashes as it adjusts. Holding it down will stop rotation altogether. Simple!

No mat is required as the platter has its own vinyl covering, but a record clamp, which we will touch on later, is provided to secure the record in place.

Pro-Ject has attached its 9cc Evolution tone arm, with its familiar sleek carbon fibre arm tube designed to avoid standing-wave build-up. The pre-fitted cartridge is an Ortofon 2M Silver; a moving-magnet unit, the coil windings of which are made from pure silver. The company says this is conducive to more dynamic playback.

Now, we can’t pretend the Clearaudio Concept hasn’t spoiled us over the past few years with the simplicity of its set-up, but even the relatively more extensive task of readying the Pro-Ject is far from burdensome.

In fact, while it would be difficult to do anything majorly wrong, the more tactile approach to getting the 2Xperience SB going is probably part of the enjoyment.

In reality all you’re doing is screwing on some feet and setting the counter- and balance-weights – hardly anything requiring an engineering degree – but already with this turntable you get the feel of a very different personality to that of its Award-winning rival.

Add in its somewhat contrasting appearance and the impression is fully formed.

We set the 2Xperience SB on its way with Joy Division’s Unknown Pleasures. And, being only a few missing chromosomes short of idiocy, we begin by forgetting to apply the record clamp.

What we get is authoritative heft from Stephen Morris and Peter Hook as Disorder opens the record with its iconic kit and bass line, and whirring warmth when they’re joined by Bernard Sumner’s guitar.

The balance is fine, but, especially when compared with the accuracy of the Concept, it’s a bit of a thick sound without a huge amount of precision, be it rhythmically or in terms of organisation and detail. Ian Curtis’s vocal too is supported by the smooth midrange.

It’s a nice sound to listen to, but seems affected, too well supported in the low end, not entirely like a real voice.

Realising our mistake with the clamp as the track ends, we screw it on tight before Day Of The Lords. Proving its worth, it tightens up the sound in almost direct correlation: Hook’s bass, for example, loses some of its soft edges, and there’s more space between the instruments, which can now interact rather than simply mesh.

It’s certainly a more precise rhythmic performance, but we’ve lost too much of the loose swagger we had before; we aren’t feeling quite the ominous foreboding that makes this track so resonant.

And so, as if the story of Goldilocks and the three bears were written as an allegory for record clamps, upon loosening it a little we find just the right balance. We achieve equilibrium between the precision with the clamp spun tightly on and the energy and extra warmth of playing without it.

This, essentially, feels like the 2Xperience SB’s true personality.

It is a warm, musical sound; it isn’t the most detailed or analytical, but it has an endearing, full-bodied character that suits Unknown Pleasures as well as it does when we play Miles Davis, Nick Drake or Ludwig van Beethoven.

The work of the last – we play Symphony No 5 in C Minor – gives this Pro-Ject opportunity to show off its bold sense of dynamics, nose-diving into that famed refrain. Compared with the Clearaudio Concept though, it doesn’t quite show off the character of the instruments as well through the more subtle sonic shifts.

That said, we’re far from disengaged, and can see why many would happily substitute things such as the Concept’s extra space for the 2Xperience SB’s own rich timbre, but we’d still like Pro-Ject to better match Clearaudio’s delicacy.

To earn a fifth star, the 2Xperience SB needs to be more of an all-rounder – a little more detail, rhythmic discipline and a better gauge of subtle dynamics. But we shouldn’t let it sound like there’s clear daylight between this and the class leaders.

If you value a warm, dense tone with a more luscious midrange over scrupulous insight, you’re probably more likely to enjoy the 2Xperience more. If you’re not entirely sure, then we implore you to investigate both.