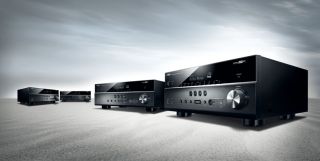 Yamaha's AV receivers have some new powers. Thanks to a firmware update, models in the RX-V83 family are now compatible with Dolby Vision, Hybrid Log Gamma (HLG), and music streaming services Tidal and Deezer.

Dolby Vision enhances picture quality no end, improving brightness, contrast and colour. More films are being released that are made with Dolby Vision, and major streaming services like Netflix now support it, too. So there's plenty to watch.

Hybrid Log Gamma is a new version of HDR (High Dynamic Contrast) that's been developed by the BBC and NHK in Japan. Tidal is the music service owned by Jay Z among others - it recently added hi-res audio streams courtesy of its Tidal Masters service. Deezer, meanwhile, is a more affordable streaming service offering in excess of 40 million tracks.

The firmware update should be rolling out now, so check your receiver when you get a chance.