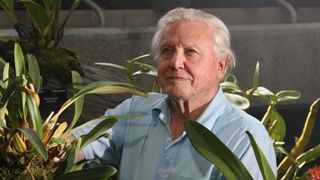 Welcome to The Week in HD - our guide to all the must-see hi-def content on TV screens for the next seven days. Here's our pick of the week:

David Attenborough looks at the secret life of plants at Kew Gardens.

An investigation into germs and infection. Are you right to worry about being stuck on a plane with sick people? Also find out the difference between viruses and bacteria.

Five new victims get humiliated in the kitchen, this time having to recreate a dish without a recipe.

Tom Dyckhoff presents a Culture Show looking at architectural solutions to affordable housing, featuring a look at solutions to flooding from Amsterdam and high costs from Berlin.

Post-apocalyptic adventure with Mel Gibson taking on a violent gang of bikers. It's quite a lot like like commuting around London's South Circular.

Tom Cruise returns in a fun and spectacular fourth entry to this action-espionage series. It’s one of our favourite test discs.