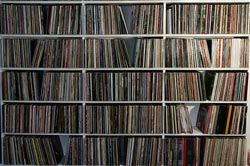 The Entertainment Retailers Association (ERA), which released the figures, also revealed the average album spend to be £16.30 for vinyl compared to £7.82 for CD and £6.80 for digital releases.

Limited edition releases, extra album artwork and initiatives such as Record Store Day were all credited with boosting interest and sales in vinyl.

2010 was the fourth successive year in which vinyl sales increased and it looks like 2011 will make it five...

1 Radiohead The King of Limbs

4 Arctic Monkeys Suck It And See

9 Vaccines What Did You Expect From The Vaccines