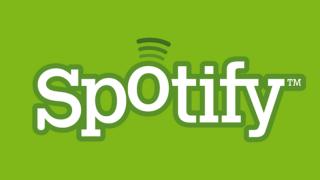 Coldplay's new album Head Full of Dreams is not currently available on Spotify and will only be made available on the service at the end of this week. It has been available on other subscription-only streaming services, such as Tidal, since the album was released last Friday.

Spotify is apparently considering a 'windowed' approach to new releases with only subscribers who pay for the service getting access to new albums at the time of their release. Users of Spotify Free would have to wait a bit longer.

Last year Taylor Swift pulled her entire catalogue from Spotify in a row over the release of her album 1989, which she wanted to be available only on Spotify's paid-for service in the US. And more recently Adele has refused to release her new album 25 on any streaming service.

If Spotify does change its strategy to allow a two-tier approach to releases it will be a big reversal of its current policy, which is based on maintaining the free, ad-supported service with all the latest music. "Our free service drives our paid service," Spotify chief executive Daniel Ek wrote in a blog last year.

But artists and their record labels have been pushing hard for a more flexible approach when releasing albums on Spotify.

As for Coldplay, Spotify says it has agreed with the band's management that "Coldplay and its fans would best be served with the full album [Head Full of Dreams] on both the Free and Premium services this Friday."

[via The Wall Street Journal]