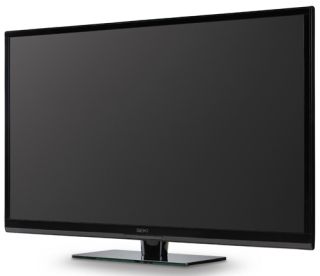 Seiki has launched a 39in $699 4K TV in the US, the cheapest 4K Ultra HD resolution television currently available.

The 39 inch TV (model name SE39UY04) is set to go on sale at the end of June, having been revealed at the CE Week Line Shows in New York, though pre-orders have opened today.

Listed on the Sears website, the 39in 4K TV appears as on sale for just £534.01 when accessing the US site from the UK, though it's "not available for international shipping".

We covered the $1500 50in Seiki 4K TV back in May but it seems the brand, which has a US HQ but is part of Chinese company Tongfang Global, wants to drive 4K TVs even cheaper.

We can't vouch for the quality of the screens – nor has a UK release date or price for any Seiki TV been confirmed – but it will certainly give consumers and manufacturers alike pause for thought in the fledgling 4K Ultra HD TV market.

Seiki claims to deliver "a great TV, without the nonsense", eschewing Smart TV and 3D, claiming punters just want to sit back and watch TV. And clearly removing these features allows the company to keep the price down.

Seiki also cites "sheer volume" as a way of keeping prices down, at the same time as saying it uses the "most advanced panels and the legendary performance of Yamaha amplifiers to power our speakers".

The cut-price 4K TV comes as the bigger companies', such as Samsung, reportedly consider ramping up 4K UHD TV production at the expense of OLED TV development due to strong interest in 4K TV.